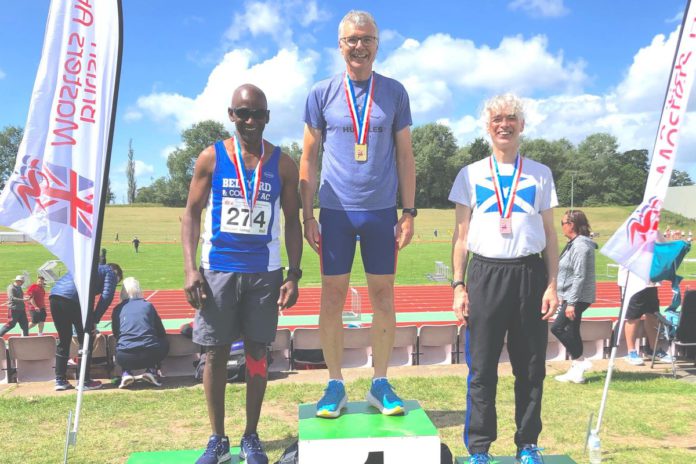 Among the first athletes to claim from Bedford, Jemma Eastwood won gold in the W40 pole vault at 3.12m.

Bedford’s trio of medalists was rounded out by Graeme Packman, winning bronze in the M65 discus (32.25m).

There were also masterful successes on the roads as Alan Turnbull won his fourth Best Bedford and County U55 Club of the Year, with a 76min 35sec half marathon in Nottingham.