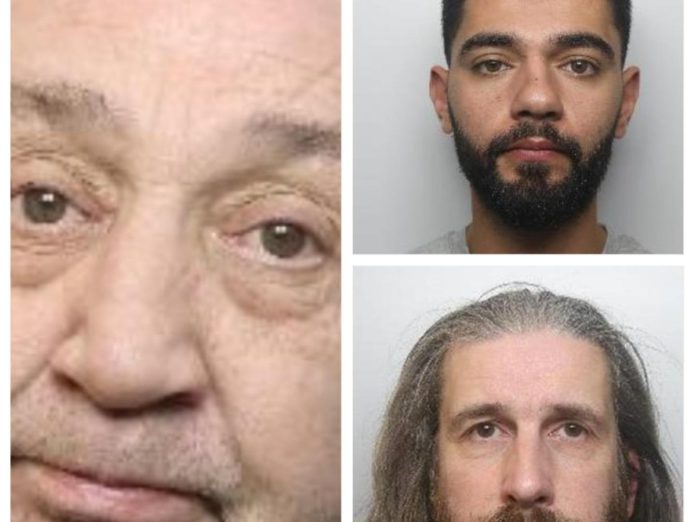 From possessing obscene photographs of children, to sexual assault and rape, these men have committed some of the most heinous crimes for which they have been sentenced to prison.

Not only have they been sentenced to jail, but many will be placed on the sex offender registry for life.

South Yorkshire Police have urged victims of sexual abuse to come forward and report it, no matter how long it has been happening.

Kristopher Griffiths, 30, formerly of Meadstead Drive, Barnsley pleaded guilty to raping a child under 13 and inciting a child to engage in sexual activity at Sheffield Crown Court on December 7, 2021. The court heard how Griffiths sexually assaulted his victim, a young boy, multiple times between August 2018 and July 2019. He was sentenced for his crimes on Friday, January 14. Along with a custodial sentence, Griffiths also received a lifelong sexual abuse prevention order and will be on sex offenders’ register indefinitely.

Kevin Woods, a 55-year-old pedophile, has been jailed for five and a half years after he admitted abusing a nine-year-old girl. He had pleaded guilty to two counts of sexually assaulting a girl under the age of 13 between March and June 2020. On two occasions, Woods had watched a children’s movie with his victim, before sexually assaulting her. On June 21, 2020, the girl revealed the abuse to her mother, who then contacted the police. Woods, who initially denied doing anything wrong, later admitted his actions.

Thomas Ball, a 19-year-old from Rotherham, has been locked up for four years after admitting to raping a girl, twice, when he was 15. He raped the 15-year-old girl in a field in Wickersley, Rotherham on April 27, 2018. The girl had been out with friends that evening before crossing the field towards McDonald’s with Ball. It was on the pitch that he grabbed her by the hair and dragged her to the ground. Despite the girl’s pleas for him to stop, Ball covered her mouth and proceeded to rape her twice.