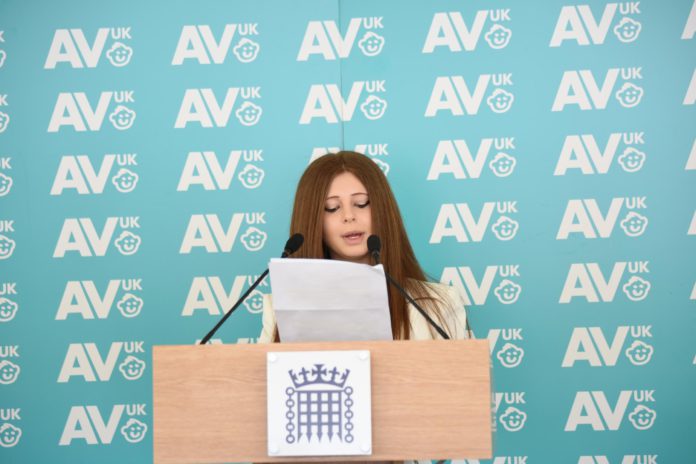 A deaf teenager from Barnet has highlighted the urgent need for investment to ensure that all deaf children can reach their potential when speaking in the House of Commons.

Lauren Press, who has a profound impairment which is one of the most severe levels of deafness, was among six young winners of a writing competition who had the opportunity to address MPs.

The Power of Speech event on June 14 was organized by Auditory Verbal UK (AVUK), whose vision is that all deaf children have the same opportunities in life as their hearing peers.

After her speech in the Commons, Lauren, 16, said: ‘It was a real privilege to speak in the House of Commons in support of AVUK and all the wonderful work they do. All of the children were fantastic and inspiring, and I hope we collectively raised awareness of the importance of early educational intervention for deaf and hard of hearing children.”

Mum Jacqui, who is also deaf, added: “It was a truly amazing day. Lauren is now 16, she graduated from AVUK at the age of five. It was incredibly moving to see Lauren being so proud young graduates while she herself was going through similar experiences.

“As parents of an older child, we have been encouraged to see how AVUK has continued to support and sustain their incredible work as therapists to ensure families and incredible deaf children continue to maximize their abilities in the most amazing way.”

AVUK charity chief executive Anita Grover said: “Our amazing event celebrated what deaf children can achieve and why it’s so important that families can access fast and effective support during the first few critical years of their child’s life.

“Far too many deaf children are performing poorly in school, have poorer job prospects and are at higher risk of poor mental health, bullying and social exclusion. And that really shouldn’t be the case. When children have access to effective and early support, opportunities in life are transformed.