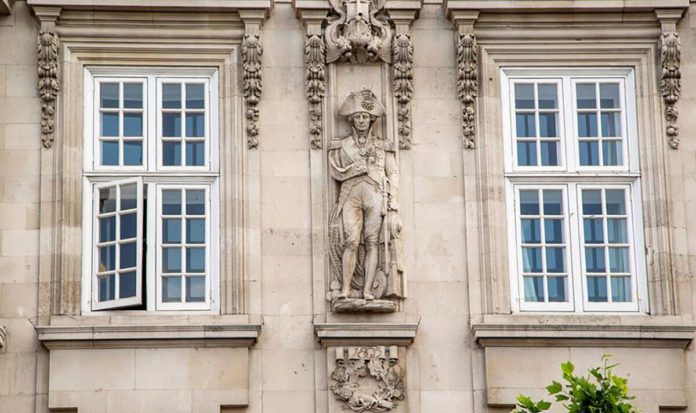 One wrote online: “This is such good news.”

Another posted: “We must protect our history.”

Students had demanded that the four statues, which also include 17th-century Admiral Robert Blake and an unnamed navel figure, be torn down in a protest in 2019, My London reports.

They said the individuals’ links to the slave trade meant they had to be deported in a 137-day sit-in.

The protest back when protesters tore down the statue of Edward Colston in Bristol and dumped it in the harbour.

Although Boris Johnson called the behavior “hooligan” at the time, the protesters were cleared of criminal damage this year.

But nonetheless, following the investigation, Goldsmiths’ has now agreed to let the statues remain at the town hall.

Instead, the university, whose alumni include Princess Beatrice and artist Damien Hirst, will put up signs near the statues explaining the history of the individuals depicted and their links to the slave trade. Local schools will also receive information packs explaining their history.

Sir Francis Drake was the first Englishman to travel the world, but he was also one of Britain’s first slave traders. Drake participated in voyages to West Africa to capture men and women as early as 1560.

Lord Nelson, Britain’s most famous naval hero, won a series of victories at sea against the French during the Napoleonic Wars. But he also championed the slave trade while others, like Hull-born politician William Wilberforce, opposed it.

Professor Frances Corner, Director of Goldsmiths, said: “I would like to thank everyone who took the time to submit their views as part of our public consultation. We will continue to consult with local people as we go along. as we develop our plans to deal with the complex legacy of the region’s maritime heritage embodied in the statues of Deptford Town Hall.”