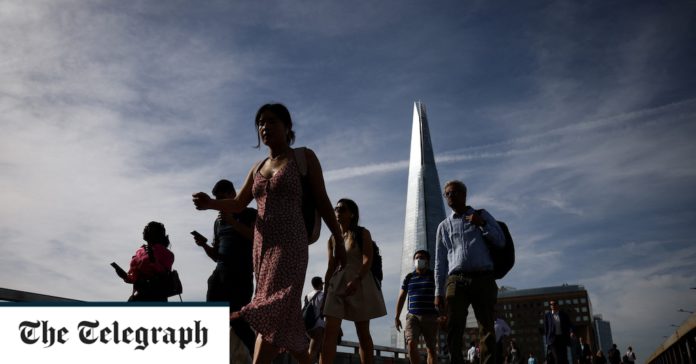 Women face a 100-year wait for the gender pay gap to close if wage progress continues at the current rate, new research shows.

Despite widespread efforts to improve gender equality at work, almost half of UK companies reported an increase in their gender pay gap over the past year, according to PwC analysis, which means that on average women in the UK still earn 87 cents for every pound earned by men. .

UK companies have become so desperate to change the composition of their boards in recent years that they have urged headhunters to come up with all-female shortlists, but little has changed in terms of reporting on the gender pay gap. Since records began five years ago, the average gender pay gap has narrowed by just 0.5%, PwC said.

Katy Bennett, Director of Diversity at PwC UK, said: “If the current rate of progress continues – so far reaching a reduction of 0.5% over five years – the gender pay gap in the UK Kingdom will not disappear until 2151.

“A century – five more generations of women – is too long to wait.”

Companies in the FTSE 350 were told by ministers earlier this year that they will need to have at least one female chairman, chief executive, chief financial officer or senior independent director by the end of 2025.

Companies with more than 250 employees are required to report their gender pay gap as part of the government’s aim to end the gender pay gap.

PwC’s warning comes after the Institute for Fiscal Studies (IFS) said in December that no progress had been made in closing the gender pay gap in Britain over the past 25 years. , taking into account the advances of women in education.

The IFS said progress could be made with government intervention, arguing that even expensive policies, such as free childcare, would pay off.

The gender pay gap for amount earned per hour has narrowed from 24% in 1995 to 19%, the economics think tank said in December.

It also emerged on Friday that men’s pensions are worth more than double those of women when they retire.