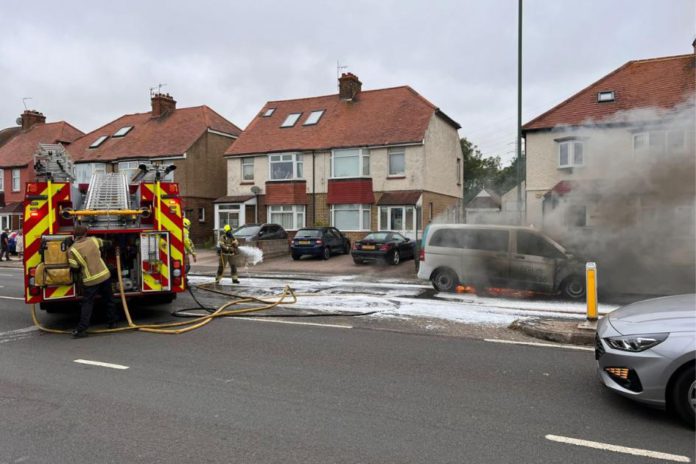 A TAXI was engulfed in flames.

Emergency services were called to the fire in Old Shoreham Road, near Southwick, at around 11.30am on Wednesday August 3.

Firefighters were pictured tackling the blaze with hose nozzles.

Footage shows a fire engine at the scene, with fire crews spraying water at the Brighton and Hove taxi.

A passer-by said: ‘The fire brigade just arrived and so did the police.

“There is a huge traffic jam on both sides of the road. The taxi caught fire, then the car also parked in the driveway of the house. 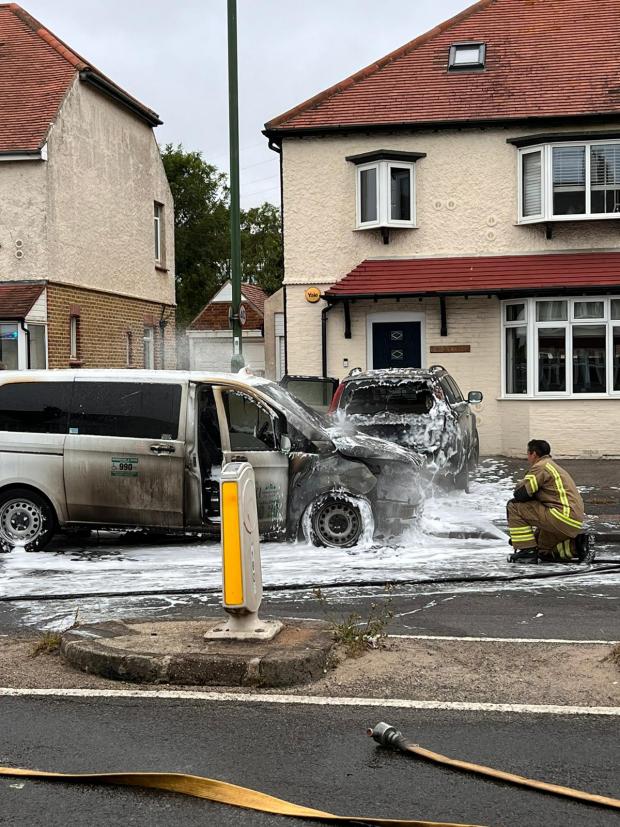 A Sussex Police spokesperson said: “We were called to a vehicle fire in Old Shoreham Road, Southwick. It was reported to us by the fire service at around 11.40am.

“Police are providing assistance for a temporary road closure.”