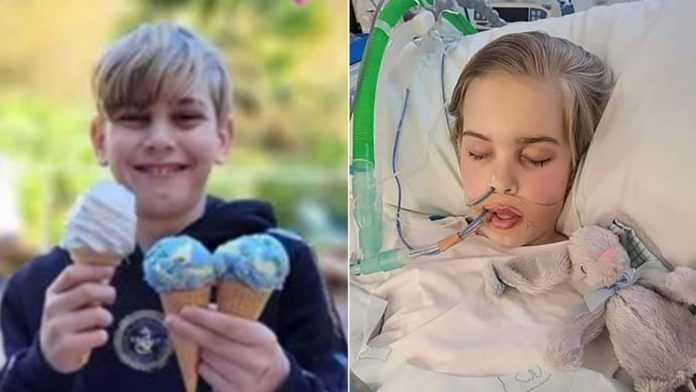 Archie Battersbee’s parents have suffered yet another blow in their bid to stop doctors from ending resuscitation of their brain-damaged son after the European Court of Human Rights ruled they weren’t would not interfere with the decisions of the British courts.

The boy’s family had asked the ECHR to suspend the cessation of life-saving treatment for the 12-year-old child.

But the Strasbourg-based court said it would not interfere with previous decisions by “national courts”.

Her parents, Hollie Dance and Paul Battersbee, submitted the claim to court just hours before Barts Health NHS Trust was originally due to withdraw life support at 11am today.

It came after the pair lost a Supreme Court bid yesterday to keep it going.

His treatment in hospital continued today as Archie’s parents made their final claim – but they were unsuccessful in their court appearance.

The boy has been in a coma since being found unconscious in April and is being kept alive through a combination of medical interventions including ventilation and drug treatments.

Doctors treating the child at the Royal London Hospital in Whitechapel, east London, believe he is brain dead and say maintaining survival is not in his interests.

But his family are insisting that treatment should continue, saying the youngster’s heart was still beating and he grabbed his mother’s hand.

In a statement, the European court said it would not grant an interim measure to continue the treatment and declared the parents’ complaints “inadmissible”.

The statement added that the court would only grant such requests “on an exceptional basis” and “when claimants would otherwise face a real risk of irreversible harm”.