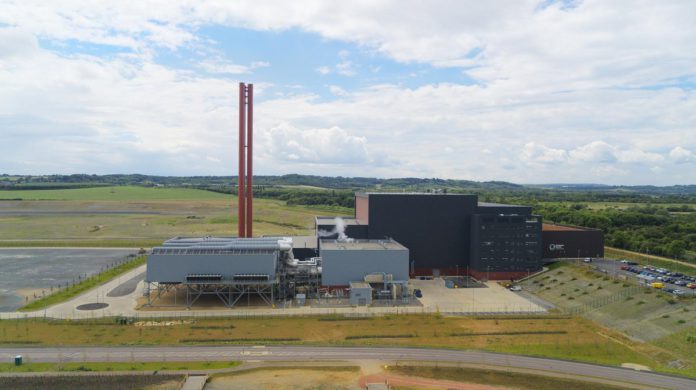 People living near a cremation site near Bedford have raised concerns about the emissions with their local councillor.

But the site’s owners say no one has complained to them about emissions or odors since the site went live in January.

Speaking at a recent full council meeting, Councilor Graeme Coombes (Conservative, Wilshamstead) asked the mayor whether council had measures in place to monitor emissions at Covanta’s incinerator in Stewartby.

He said: “Residents living near the incinerator have recently expressed concern about the emissions.

“Obviously this is not something that just affects people living immediately around Stewartby, but also the wider Wootton, Wixams, Wilstead and Houghton Conquest area.

“Can the mayor say what measures are in place to monitor emissions from the incinerator to ensure they are within acceptable limits?” He asked.

Bedford Mayor Dave Hodgson pointed out that the entrance to the site is in the borough, but the incinerator is in central Bedfordshire. He added that it would be the Environment Agency and possibly Central Bedfordshire Council who would monitor emissions.

Councilor Coombes said: ‘While this may be a legal requirement by the Environment Agency, I would like to think that this borough is also monitoring Stewartby’s emissions and has a plan in place to address this if it does. turns out that they do not meet acceptable levels. ”

“I was minutes away from calling the hospital because I feared for my life,” said…

A Central Bedfordshire Council spokesperson said: ‘We are not monitoring the air quality around the incinerator.

“The monitoring of emissions from the incinerator would be regulated by the Environment Agency (EA) under the permit it issued to Covanta.”

Neil Grimstone, General Manager of Rookery South Energy Recovery Facility, said: “The new facility has been fully operational since January. As one of the newest energy-from-waste facilities in the UK, Rookery South is equipped with state-of-the-art emissions control systems and monitoring equipment.

“This allows for accurate and independent reporting to the Environment Agency (EA) each month.

“We also transparently display emission figures on the project website, and these consistently show that the plant is operating well below the strict limits set by EA.

“In addition, the plant’s operations team will continue to keep members of the project’s community liaison group and parish council officials informed of plant operations, emissions monitoring and electricity generated for powering homes and businesses.”

Asked about residents’ concerns which have been raised with Councilor Coombes, a Covanta spokesperson said: ‘Since the facility began operations in January this year, Rookery South has not received any complaints about the emissions or odors.

‘However, we are keen to listen and understand the concerns of the public and will offer Councilor Coombes a site visit in the near future if that is helpful.’

Advisor Coombes was approached for comment on the Covanta offer, but did not respond at press time.

An Environment Agency spokesman said he was not aware of any problems with the plant.

They added: ‘If any members of the public are concerned about a suspected environmental incident at the incinerator they should report it to our 24 hour freephone helpline number on 0800 80 70 60 so that we can investigate.’