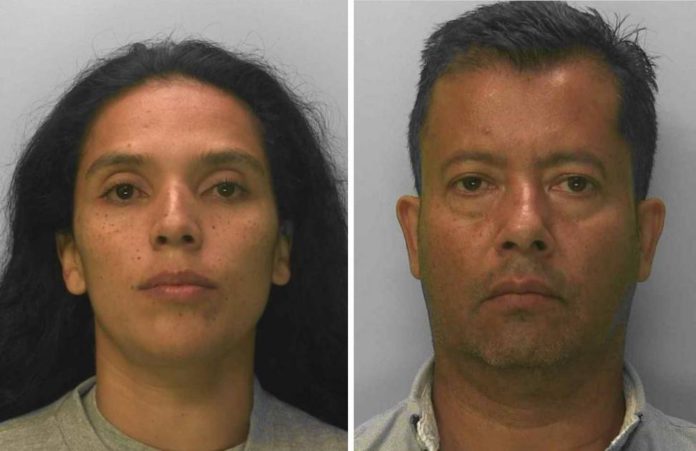 Thousands of pounds of stolen jewelery have been recovered after police found a vehicle linked to a burglary.

Officers were alerted following a report that a bag of jewelery was taken from the hallway of an address in Goring on Sunday June 26.

The owners had been to an antiques fair in Surrey earlier that day and believe they may have been followed to Sussex.

At 5.30pm, a woman wearing dark clothing, a face mask and a baseball cap entered the driveway and took the bag containing the jewellery, worth an estimated £100,000, while the car was being unloaded. car.

She ran to a nearby vehicle, but the owner managed to record the details and called 999.

Roads Policing Unit (RPU) officers stopped the car as it passed through Fittleworth, near Pulborough, and arrested the driver and a passenger on suspicion of theft.

PC John Bradshaw was among the officers who searched the vehicle. He said: “I opened the back seat door of the car and couldn’t believe it when I saw that the bag with all the jewelry was there.

“It was a great team effort to get to the vehicle so quickly, so we could reunite the jewels with the rightful owner.”

Maria Liliana Artunduaga Narvaez, 31, and Ramiro Hernandez-Islas, 50, both from Peckham Rye, London, have both been charged with burglary.

Hernandez-Islas was also charged with driving unlicensed and driving without valid insurance.

They appeared in Lewes Crown Court on July 27, where they admitted the charges. They were both imprisoned for two years.

Speaking after the case, PC Bradshaw said: ‘Burglary can cause victims enormous distress, and in this case Narvaez and Hernandez-Islas have targeted a vulnerable victim.

“Fortunately, with great teamwork, we caught them in the act, and when he came to court they had no choice but to plead guilty.

“We are pleased that these two offenders have been removed from our streets.”