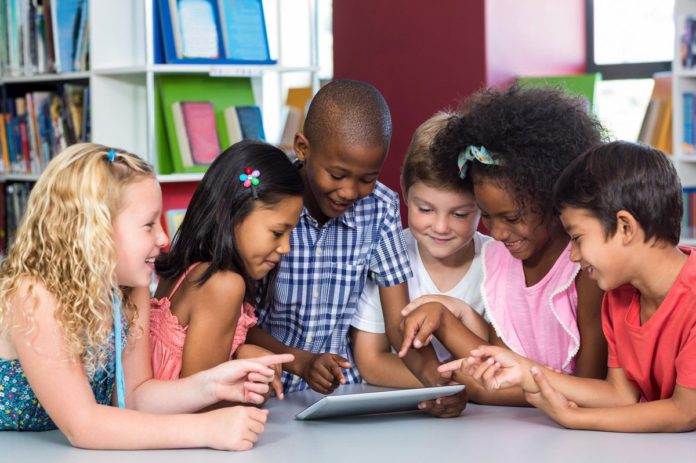 Love it or hate it, technology is here to stay.

And, for many children, it was already an integral part of their daily lives from an early age in a pre-pandemic world.

Then lockdowns ushered in new levels of time spent staring at phones, tablets and laptops while schooling and a host of other activities all happened online.

The restrictions may have been lifted, but the debate remains.

A study found that children aged six to ten had the largest daily increase in screen time during the pandemic, with increases seen at all ages, including adults.

Researchers from Anglia Ruskin University analyzed 89 different studies focusing in detail on increased screen time before and during the pandemic, yielding a total sample of over 200,000 people.

In children, increased screen time has been shown to be associated with lower nutrition, poor eye health, worsening mental health (including anxiety), and behavioral issues such as as aggression, irritability and increased frequency of tantrums.

Many parents and guardians wonder if children’s screen time should be limited.

However, global toymaker TOMY has revealed that 69% of parents believe technology plays a valuable role in their child’s development.

The survey of parents of children aged five to nine also found that 60% of parents admit their children use technology at home to help them play.

An additional 86% said their children use technology at school.

When it comes to imaginative and creative play, more than half of parents are turning to technology to support their child’s development in these areas, including allowing their offspring to watch role-playing videos and participate in online arts and crafts challenges.

Grandparents are no different, with two-fifths of parents saying they also support its use during games.

“We are seeing more and more parents understand how, when used well, technology supports their children’s development,” said Dr. Amanda Gummer, Founder and CEO of The Good Play Guide.

“Younger generations are even more inclined to pull out the tablet, but as research shows, grandparents are also becoming much more tech-savvy.

“At the Good Play Guide, we believe the benefits of digital technology outweigh the disadvantages of screen time when used as part of a balanced gaming regimen.”

London firefighters say they dealt with 340 fires in the first...