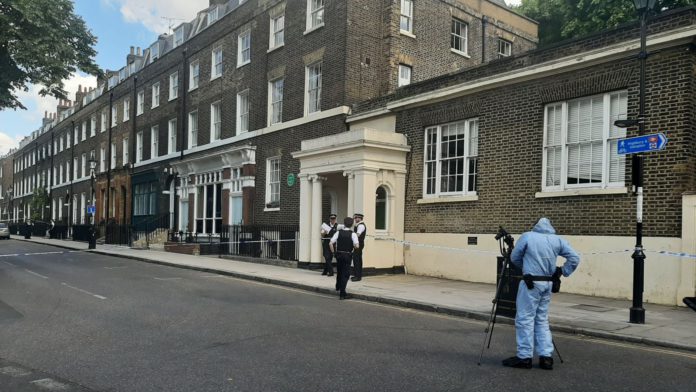 A teenager has died after being stabbed in north London, with police appealing for witnesses who may have seen the attack.

Officers were called to Highbury Fields, Islington, just before 9pm on Thursday, the Metropolitan Police said.

A 15-year-old boy was treated at the scene, but died shortly afterwards in hospital.

His identity has not been confirmed, although police say his next of kin have been notified and are being cared for by specialist officers.

There have been no arrests and inquiries into the circumstances are continuing, Scotland Yard said as it launched a murder investigation, led by Chief Detective Inspector Joanna Yorke.

She said: “My team is working hard to piece together the timeline of events that led to this tragic loss of a young life, but we still need information from the people who saw what happened. .

“Were you there? Did you film? Do you know who was responsible for the attack on the victim?

“Even if your information seems insignificant, do the right thing and share what you know. If you don’t want to talk to the Crimestoppers police directly, they won’t even ask your name.

“A young life has been brutally cut short and a family struggles to come to terms with their loss – if you can help, please.”

Local MP Jeremy Corbyn said: “Devastating news of a teenager’s fatal stabbing at Highbury Fields yesterday. My thoughts are with their family at this incredibly difficult time.”

A gang of “about 70 young people” spotted at the scene

The cordon surrounding Highbury Fields, which covers the entire park, will be in place “at least the rest of the day” and possibly a few days, police said at the scene.

Albina, who lives in the area and wishes to be known only by her first name, said her daughter witnessed a gang of “about 70” youths approaching the park about an hour before the stabbing.