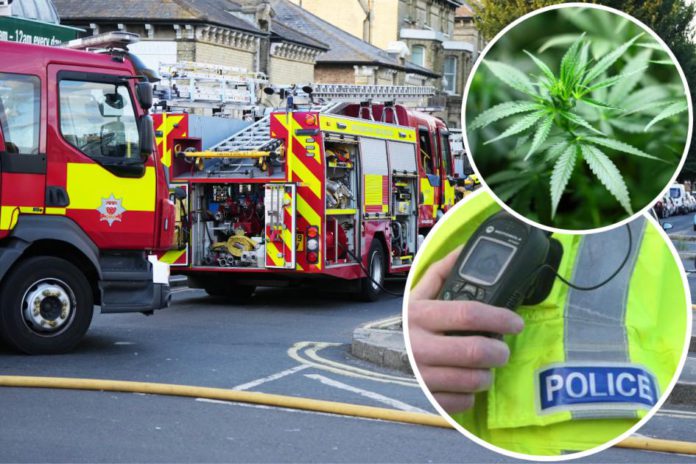 CANNABIS plants were found in two apartments after emergency services were called to a fire.

Police were also called to the scene and once the fire was extinguished officers found cannabis in two apartments.

Police are still at the scene as they investigate the cause of the fire.

A Sussex Police spokesperson said: ‘Police have responded to a report of a suspicious fire in a flat inside a Church Road property.

“Once firefighters extinguished the blaze, officers entered the property where they found a quantity of cannabis plants in two apartments which were seized and destroyed.

“Investigations remain ongoing, but anyone with information that could assist officers in their investigation is asked to report it online or call police on 101 quoting serial number 241 of 05/08. ”