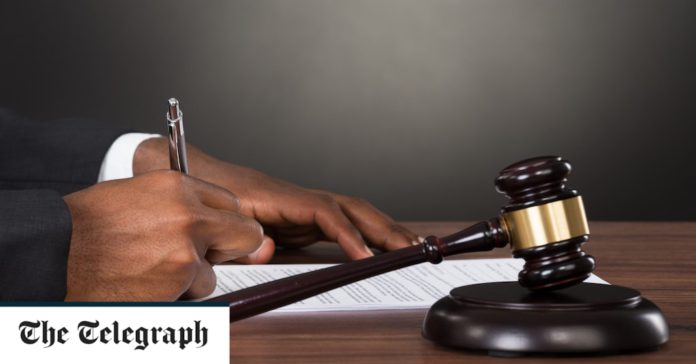 The legal watchdog must question why it receives more complaints about black and Asian lawyers than their white peers amid concerns about racial bias.

The Solicitors Regulation Authority (SRA) has asked researchers from the universities of York, Cardiff and Lancaster to investigate why it receives a disproportionate number of complaints about black, Asian and other ethnic minority lawyers, and why a greater proportion of them then lead to an investigation. .

The watchdog’s chief executive, Paul Philip, said the current situation was “troubling”, with 25% of those reported to the SRA last year of black and Asian descent, although ethnic minority lawyers would not represent only 18% of the working population.

Mr Philip said: “Many factors could affect the troubling picture we see, including wider societal issues or structural features of the legal sector, for example the different diversity profile of small businesses compared to large ones. businesses.

“Having a better understanding of the causes will help us and others address these issues.”

The regulator raised concerns earlier this year after finding that 26% of reports it received about black, Asian and minority ethnic lawyers were investigated, compared to 17% for white colleagues.

Although previous inquiries into the matter have found no evidence of discrimination, the SRA admitted that it still does not fully understand the “societal and sociological factors” behind the figures, which is why it asked researchers to intervene.

Professor Claudia Gabbioneta, chair of accounting and management at York University’s business school, said researchers will now “look at the wider landscape” and speak with lawyers about their experience in the sector over the next few months.

She said the review will explore factors that may make black and Asian lawyers “more vulnerable to complaints than white lawyers.” Ms Gabbioneta will also consider whether the cases being investigated are “specific to a particular type of complaint”.

Industry leaders have been calling for the legal profession to diversify for years, but big law firms have made negligible progress. Last year The Telegraph revealed that the five prestigious ‘magic circle’ firms, which pay partners between £1.5m and £2.9m a year, collectively have just eight black partners.