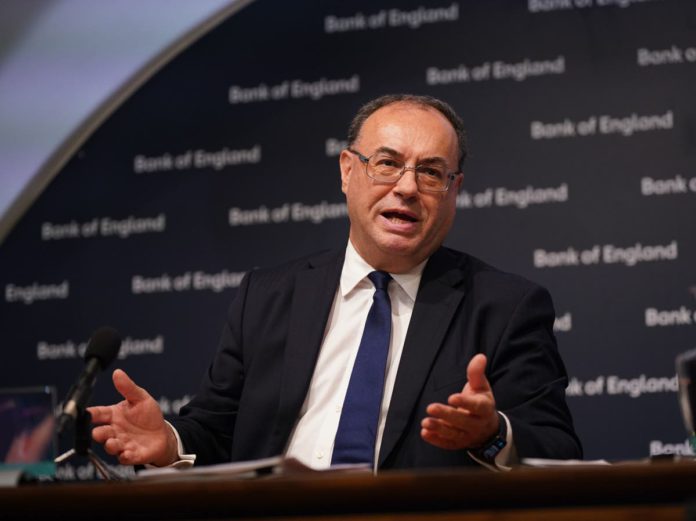 Bank of England raises interest rates to 1.75% as recession forecast later this year

The Governor of the Bank of England has defended the delays in raising interest rates.

The Bank yesterday raised interest rates to 1.75% – the highest in 27 years – while warning that Britain will plunge into a year-long recession this autumn.

It came after politicians including Attorney General Suella Braverman claimed the Bank was asleep at the wheel and had let inflation spiral out of control.

Mr Bailey told BBC Radio 4’s Today program that he did not believe the Bank had moved too slowly and earlier action could have caused a recession.

“I would challenge anyone sitting here a year ago, two years ago, to say that there will be a war against Ukraine and it will have this effect on inflation.”

We will end our interest rate hedging. Thanks for following.

A recession is coming, according to the Bank of England, and it will be long, lasting more than a year.

The economy is not expected to contract as sharply or as deeply as it did in the 2008 financial crisis, but inflation – the rate of price increases – is expected to remain high through 2023. This will lead to lower living standards at the highest rate on record, according to the central bank.

Borrowing is now more expensive with the Bank of England’s key rate raised to 1.75% on Thursday. And the purchasing power of silver is set to be eaten away by inflation which he predicts will hit more than 13% later this year.

Our economic editor, Anna Isaachas the full analysis below:

Recession forecast explained: what you need to know

“As the Bank of England predicts the longest joint recession in three decades, the disgraced Prime Minister lingers, asleep at the wheel, backed by Tory MPs when he should be long gone.

“While people across the country are sick of worrying about how they will pay the bills, ministers have gone missing in action.

“The Conservatives have no plan, no leadership and no answers, just more of the same from these two continuity candidates.

“Only the Labor Party can give the fresh start the country needs.”

CBI Director General Tony Danker said leadership candidates cannot choose between tackling inflation or growth and must tackle both, and there is a need to examine the entire tax system without “picking”.

Speaking on BBC Radio 4’s World at One, Mr Danker said: ‘I think the candidates are actually having a debate about stagflation. Each candidate somehow chooses their worst evil to focus on first.

“But the problem with stagflation is that you don’t have a choice between fighting inflation or recession, you have to fight both.

“So that’s the number one challenge for candidates, not to choose which one of inflation or recession is more important to them, but to come up with a plan that tackles both.”

He added: “We need a real plan for growth, that when it comes to taxation, we have to talk about the whole tax system, not select those who are the most totemic.

‘We can’t wait until September 5 to act,’ warns CBI chief

CBI chief executive Tony Danker said he feared a vacuum until the next prime minister was chosen, saying “we can’t wait until September 5 to act”.

He was speaking on BBC Radio 4’s World at One program and was asked about the Prime Minister and Chancellor being on vacation as the economic crisis looms.

Mr Danker said: ‘I have no problem with people having short holidays. My fear is much deeper, it is that there will be a vacuum between now and September 5.