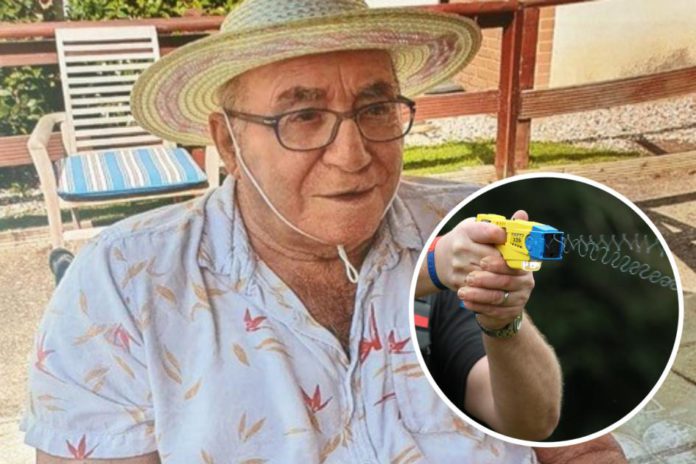 Former neighbors of a 93-year-old man who was tasered by police at his nursing home have told of their horror at finding he died in hospital three weeks later.

Officers have been called to report that a one-legged man with dementia threatened staff at his St Leonard care home with a knife on Tuesday June 21.

Donald Burgess was in his wheelchair when one of the officers tried to retrieve the knife using PAVA spray and a baton before another used his taser and handcuffed him.

Donald Burgess was 93 when he died

Donald was taken to hospital after the incident but died on Wednesday July 13 – although the cause of death is not yet known.

Last night neighbors at his former home in Battle said they were ‘stunned and shocked’ by his tragic death.

A neighbour, who did not wish to be named, said: “Oh what a tragedy. He was a charming and sociable man. He and his wife, Ethel, lived here for years and were a lovely couple.

“Ethel had cancer and the last time she went to hospice I promised to take care of her Gift. It’s so upsetting. I can not believe it. How awful.”

She said Mr Burgess, a retired carpenter, had had diabetes for some time and had to have his leg amputated as a result.

“After Ethel died, he had his own caregivers,” the neighbor said.

“But after having his leg amputated, he only came back one night before having to go into a nursing home.”

Two Sussex Police officers are currently under criminal investigation for manslaughter and have received notices of gross misconduct. 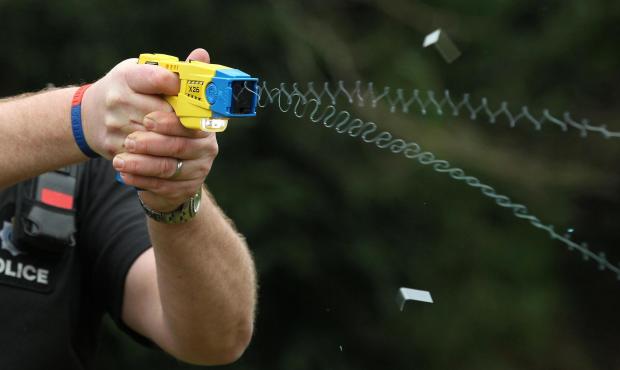 Police used a taser on Donald in his retirement home

Another former neighbor said: ‘He must have developed dementia after entering the care home as he was always well when he was here. We loved him. He was a nice old man. I think the death of his wife touched him a lot.

While another resident said the couple were childless and had to rely on carers in their final years.

“They were both adorable,” one said.

“I don’t remember Don having any hobbies like gardening or playing sports, but I do know he loved watching television. He was a kind and gentle old man. What happened to him left me stunned and shocked. It is absolutely appalling.

Another resident said: ‘How appalling. I knew him well enough to spend time with him. He was a lovely old man. »

Deputy Chief Constable Tanya Jones said: ‘We want to express our condolences to the family and friends of Mr Burgess. Our thoughts are with them during these difficult times.

“We are providing all the assistance to the IOPC Fund to enable a thorough investigation and for the family to receive the answers they need.”