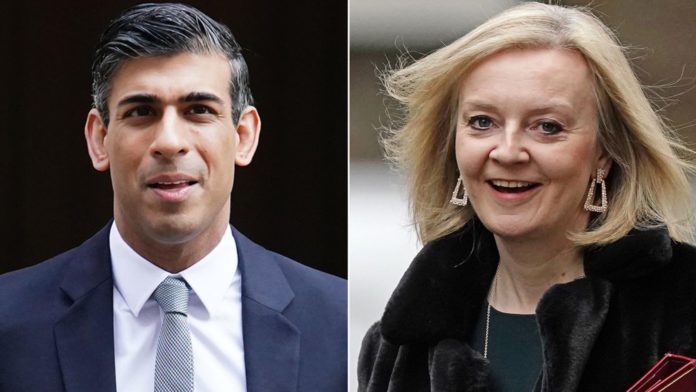 Rishi Sunak has said Nicola Sturgeon should be beaten rather than ignored, taking aim at Liz Truss who earlier this week called the Scottish First Minister an “attention seeker”.

Mr Sunak said Ms. Sturgeon and his party, the SNP, “pose an existential threat to our cherished union”, adding: “To say we should ignore them is dangerously complacent”.

“We can’t just bury our heads in the sand and pretend they’re not there – we have to stop them in their tracks,” the former chancellor said.

“And that’s exactly what I would do as Prime Minister – hold the SNP accountable for its failures and personally ensure that the UK government is focused on delivering services for every part of our UK.”

Talk to a Curator leadership hustings at Exeterthe foreign affairs secretary called the Scottish First Minister an ‘attention seeker’ and replied ‘no, no, no’ when asked about the prospect of another independence referendum if she becomes Prime Minister.

“I think the best thing to do with Nicola Sturgeon is to ignore her. She’s an attention seeker, that’s what she is.”

But the SNP hit back at the “cack-handed” comments, saying they would only bolster support for independence.

The party’s deputy leader at Westminster, Kirsten Oswald, said: “The likely next Prime Minister has made it clear that the partnership of equals promised to Scotland in 2014 was a sham.

“Pulling back the headlines is straight out of Trump’s playbook, but reveals like never before the disregard Westminster has for the democratic choices Scots and the elected Scottish government are making.”

On Friday evening, Ms Sturgeon herself acknowledged the remark, tweeting a…