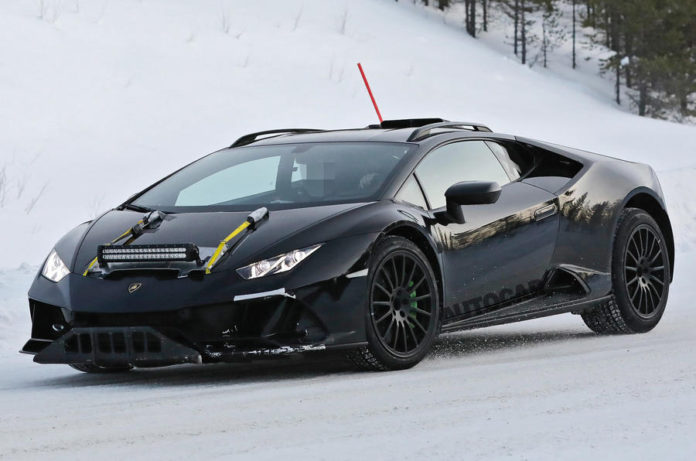 Lamborghini is set to announce two new variants of the Urus SUV and a new version of the Huracán supercar following a record semester.

Despite the challenge of semiconductor shortages and supply chain issues exacerbated by war in Ukraine, Lamborghini delivered 5,090 cars, 4.9% more than in the first half of 2021.

The Urus was the brand’s top performer, accounting for 61% of all sales, while the Lamborghini Aventador and Huracán supercars accounted for the remaining 39%.

Lamborghini will start unveiling the aforementioned Urus and Huracán variants from August.

The Lamborghini Urus ‘Evo’ has already been tested in Germany with matte black paintwork and bright red brake calipers. It should pack a bit more horsepower than the existing version while reducing the weight below 2200 kg.

The other Urus to be announced is expected to be a plug-in hybrid (PHEV) version, set for launch in 2024. It’s likely to use the 671bhp powertrain from the Porsche Cayenne Turbo S E-Hybrid.

The new Huracán, meanwhile, is expected to be a production version of the 2019 Sterrato concept.

Tested in January 2022, it has a high-performance off-road suspension similar to that of the Porsche 911 ‘Dakar’.

The Huracán Steratto is expected to feature an adapted version of the regular Huracán Evo’s four-wheel-drive system, as well as an optimized version of its 631-hp V10 engine.

More aggressive styling may also appear, such as with recent Huracán STO and Huracán Tecnica special editions, including designs such as an LED light bar. The price can reach £250,000 – Aventador territory.