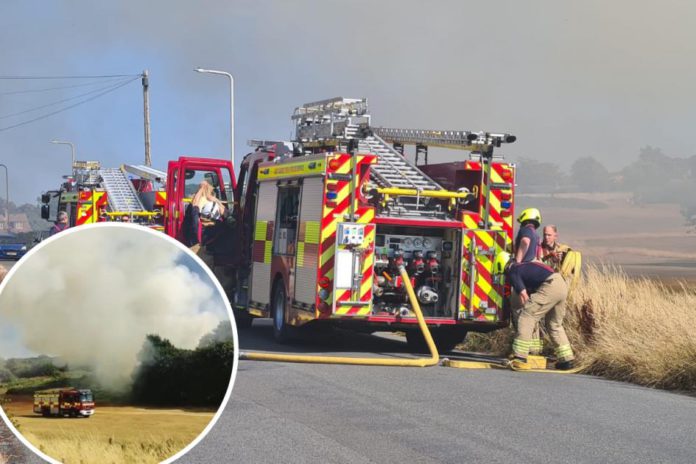 A BIG fire broke out on a golf course.

The fire started this afternoon at Seaford Head Golf Course in an area of ​​bushland near Chynton Road.

The East Sussex Fire and Rescue Service (ESFRS) estimate the blaze is 100 meters by 200 meters or nearly five acres.

The teams currently on site

An ESFRS spokeswoman said: “We were called at 3.37pm, we have four fire engines and two Land Rovers at the scene.

“The fire affects an area of ​​approximately 100 meters by 200 meters. 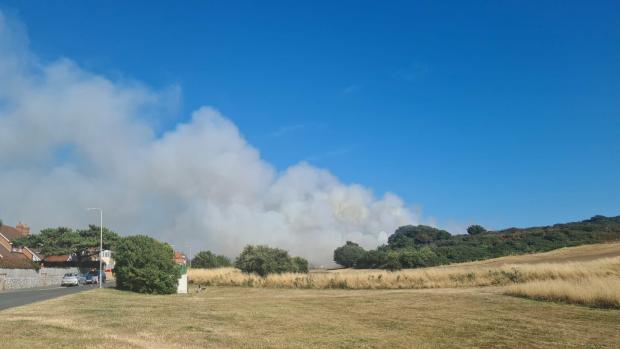 People are warned to avoid the area

“There is smoke in the area and residents are asked to keep doors and windows closed.

“Please do not come to the scene.

“There are no injury reports.”

Video from the scene shows one of the fire engines driving through the golf course.

Chynton Road is closed between Arundel Road and Sutton Avenue while emergency services are present.

People have reported smelling smoke as far as Wilmington near Polegate.

Last week, July 29, there was another fire near the golf course after hot weather.

More as we have.