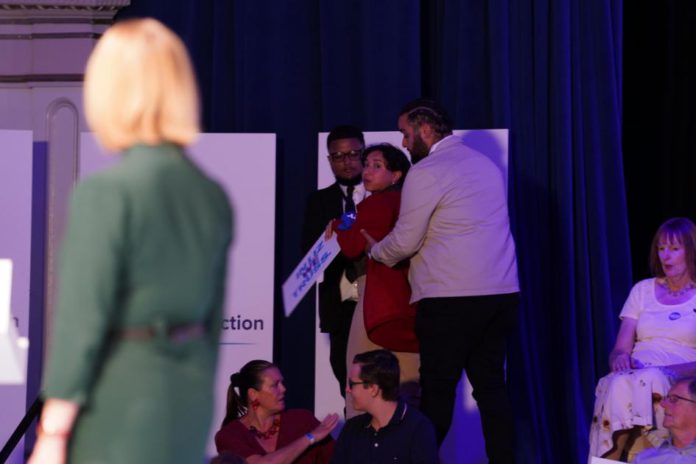 FOREIGN AFFAIRS Secretary Liz Truss was heckled by climate protesters during her opening speech during an election campaign for leadership.

They could be heard shouting “shame on you” and calling for a Green New Deal as they were escorted out of the building.

In a statement, the group criticized Liz Truss’ “shameful role in the cost of living crisis.”

“Millions of people will face huge energy bills this winter, while his government backs climate saboteurs like BP and Shell who are making billions,” a spokesman for the group said.

BREAKING: Tonight we faced @trussliz during the Tory leadership raids over his shameful role in the cost of living crisis.

Millions will face huge energy bills this winter, while his government supports climate saboteurs like BP and Shell who are making BILLIONS.

Ms Truss described protesters as ‘undercover’, before pledging to crack down on ‘militant unions’ and ‘unjust protests’.

She told the crowd of a thousand Conservative Party members: ‘I would legislate immediately to make sure we stand up to the militant unions who are keeping ordinary commuters out of work. And I would legislate to protect our essential services.

“I will ensure that militant activists such as Extinction Rebellion are not able to disrupt ordinary people who work hard and do the right thing and get to work.

“I will never, ever allow our democracy to be disrupted by unjust protests.”

Another protester was then escorted away as Ms Truss was in the middle of a question and answer session. It is not known if this protester was part of the same group.

“I take it as a compliment that I’m so popular with Extinction Rebellion,” she joked. 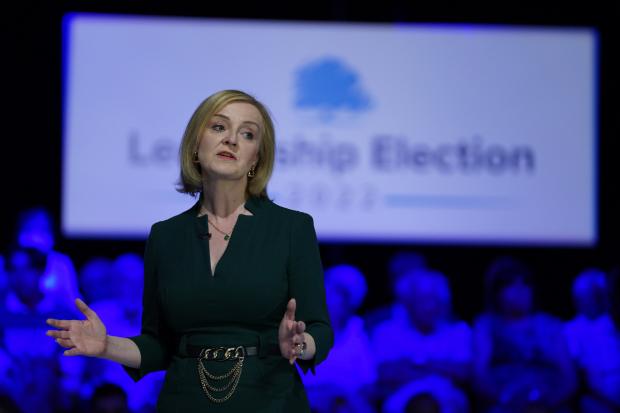 Liz Truss during an election campaign in Eastbourne, as part of the campaign to become leader of the Conservative Party and next Prime Minister

During the roundups, Liz Truss vowed to continue to stand up to Putin, curb working from home and move to net zero in a way that “doesn’t clutter up households and clutter up businesses”.

She also said she would ensure the promised hospital in Eastbourne was built if she became Prime Minister.

Former Chancellor Rishi Sunak claimed he was the only leadership candidate who could win the next election for the Conservatives and criticized Ms Truss’ proposals for the economy.

He said: “The most important thing we need to do this winter is help people, especially the most vulnerable families, and some of the proposals you’ve heard elsewhere won’t do that.” 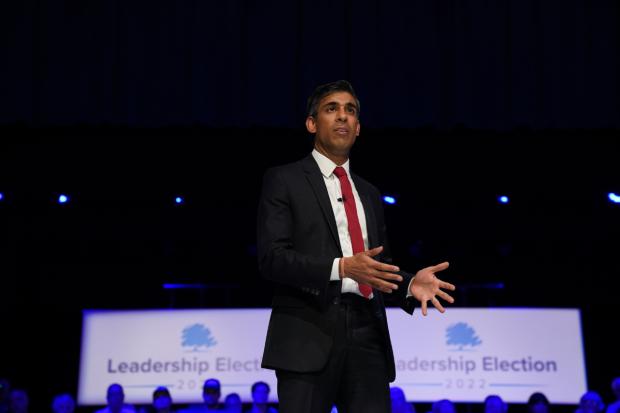 Rishi Sunak during an election campaign in Eastbourne, as part of the campaign to become the leader of the Conservative Party and the next Prime Minister

Mr Sunak pledged to protect green spaces by removing ‘top-down targets’ on new housing, promised to bring the ‘radicalism and competence’ of the economic response to Covid to all areas of government and has refused to rule out leaving the European Convention on Human Rights to ensure the success of the Rwandan government’s migration policy.

A new leader of the Conservative Party and Prime Minister will be announced on September 5 following a vote by party members.