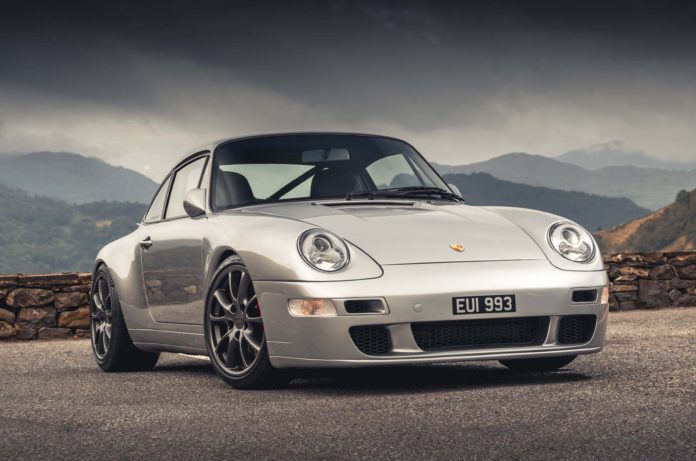 Called Autoart 993R, it combines a modified bodywork of the standard air-cooled 993 Carrera 2 – which was produced between 1994 and 1998 – with the original Porsche 993RS kit, as well as the latest components derived from the Porsche GT, and on measure, light the parts.

This, according to the firm, gives it “the brutality and charm of an air-cooled Porsche” but equipped with modern technology, lightweight engineering, which offers improved performance, style and driving experience. compared to the original model, but with modern comfort.

The car, born from a bespoke customer brief from Autoart but now “production ready”, weighs 1220kg wet, 150kg less than when the 911 993 first ran. This is due to a drastic reduction fat, which includes the removal of the original sunroof, the steel bonnet replaced with a Porsche Motorsport aluminum version, bespoke front and rear bumpers and lightweight racing glass fitted to the side and rear windows.

Under the hood is a 360hp flat-six – based on the engine of a 993RS – but with capacity increased to 3.8 liters instead of 3.6 litres. A cheaper 330 hp engine option is also available.

Both engines have been upgraded with a crankshaft from a 997 Porsche 911 GT3, along with RSR pistons and other parts from Porsche Motorsport. As expected, that power is sent to the rear wheels, with brakes sourced from the 993RS.

Inside, the original interior has been bespoke modified, including carbon fiber Recaro seats, an integrated roll bar and all non-essential electronics removed to reduce weight and improve engagement.