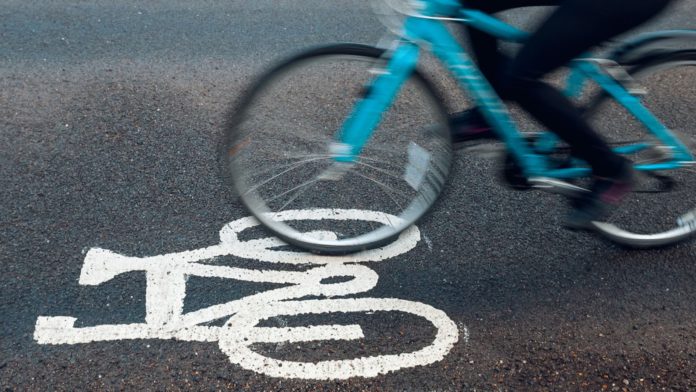 A ‘death by dangerous bicycle’ law should be created in the UK, the Transport Secretary has said.

Grant Shapps promises to fill a loophole that means cyclists who kill pedestrians can only be jailed for two years.

Under his plans, cyclists who kill other road users would be treated the same as motorists.

Writing in Mail+, Mr Shapps said the law was needed ‘to impress on cyclists the real harm they can cause when speeding is combined with carelessness’.

He added: “A selfish minority of cyclists seem to believe they are somehow immune to red lights.

“We must crack down on this disregard for road safety. The loved ones of the victims have waited too long for this simple measure.”

Mr Shapps has proposed that the new law be added to the Transport Bill, which is due in parliament in the autumn.

It comes four years after the government launched a consultation on proposed new offenses for causing death or serious injury while cycling.

In other developments, new figures suggest cycling levels are rising in England as cash-strapped consumers reduce their driving.

In the five months to the end of July, there was a 47% increase in cycling on weekdays compared to the same period a year earlier – and a 27% increase on weekends .

While fuel prices peaked last month, cycling levels even surpassed the summer of 2020, when quieter roads during the coronavirus pandemic encouraged more Britons to get on their bikes.

But given that 71% of journeys made in the UK are less than five miles, an increase in cycling can help the environment – with benefits…