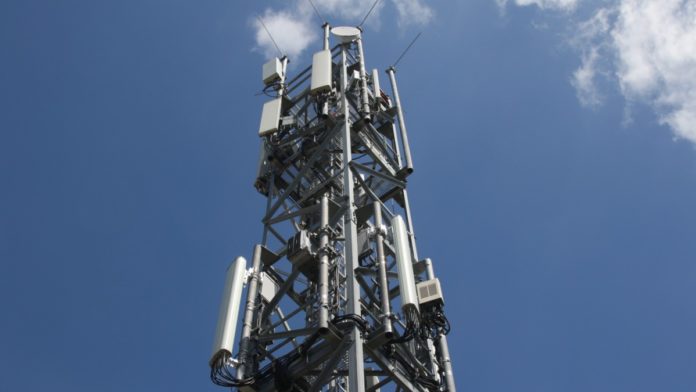 Ever heard of the name Oppo? Well, at least those who consider themselves early adopter see, so want to be the first to be there with every technique, you should remember it. The latest smartphone from the Chinese manufacturer, the Find X3 pro, and Samsung’s S21 are among the few smartphones that will soon be able to use real 5G.

Real 5G – don’t the three big providers all already have 5G locations on offer? You have, but the connection is still established using the tried and tested 4G technology, only the data transport is via 5G. This is called non-stand-alone among experts. Vodafone now wants to change that in Germany and has been offering real 5G at around a thousand locations since this Monday. For gourmets: It’s about locations that transmit in the 3.5 gigahertz range. For the time being, however, no normal customer can take advantage of this, because Oppo has not yet finished the corresponding software for the Find X3, and Samsung also has to first run a software update in order to teach the radio chip the new tricks. That could take until May. More manufacturers are to follow gradually. And when Vodafone shuts down the old 3G network at the end of June, that means a boost for 4G.

But if all of this is so difficult, why the change at all? This is because the providers do not want to and cannot wait until everything is settled and the customers break the door down for them – it takes quite a bit of lead time to lay the cables, convert the antennas and the software is ready. In the case of Vodafone, there is also the fact that competitor Telekom has rushed away with 5G and already two thirds of the population can offer the new network, even if only piggybacking over 4G. The Düsseldorfers can distinguish themselves with the real 5G.

Their argument: The special capabilities of this technology can only be used with an independent 5G. So far, the broader public has particularly emphasized the large bandwidth – in other words: 5G can transmit large amounts of data super-fast. This also works when 4G is used to establish the connection.

But, says the head of technology at Vodafone Germany, Gerhard Mack, the new functions of 5G also include low latency and the possibility of network slicing. In other words: The connection is established in a few milliseconds and the network can be divided into different segments. For example, in a fully occupied soccer stadium, part of the 5G network can be reserved for smooth live TV transmission, even if thousands of fans are sending selfies home at the same time.

“The added value only comes from the software.”

However, this not only requires fiber optic cables and antennas. In order to keep latencies low, data centers are also required that are as close as possible to where the action is. “We are moving away from supplying all of Germany with just a few central data centers,” says Mack, “and relying on distributed data centers.” One has already been set up in Frankfurt. This is why Vodafone customers in the Frankfurt region will be the first to benefit from the quick connection setup. “The goal here is ten milliseconds,” says Mack. That is a good ten times faster than the blink of an eye. Further data centers are to be built soon in Berlin, then in Munich. Vodafone is planning a total of ten of these data centers. These are standardized concrete cubes with an edge length of around 30 meters.

They are not only standardized on the outside, but also on the inside. This is also what distinguishes 5G from its predecessors: The system is no longer based on special hardware from network technology providers such as Ericsson or Nokia. “The added value only comes from the software,” says Mack. This also brings the so-called hyperscalers into play, i.e. large data center providers such as Amazon, Microsoft and Google. “The traditional providers have to change,” says Sylvain Fabre of the Gartner consultancy, “the cake could get bigger overall, but there is a lot more competition.” This is more difficult to achieve for traditional network technology providers than for the big cloud, for whom 5G customers are just another business area, and expansion is already part of the core competency of these providers.

The mobile phone providers also want to expand and want to bring the high-speed network to the public as quickly as possible, but there is one stumbling block: the locations for masts. Because the regulations for 5G have been tightened, the masts have to be almost twice as high as with conventional technology. “It is very difficult to find completely new locations where we can activate 5G antennas in the 3.5 gigahertz range,” complains Gerhard Mack, “the rules in Germany are very strict”. Elsewhere, for example in Italy, this is not a problem.

Politicians are helping out well, theoretically transmitting and receiving systems can be installed on all public buildings, but these are not always the right locations to achieve the necessary coverage. Private individuals with masts on their houses are often opposed to raising them, and sometimes this is not possible for static reasons. “The search for additional locations for 3.5 gigahertz antennas makes it difficult to drive the 5G expansion across the board,” says Mack.

What doesn’t make it any easier: the financing. All providers unanimously complain that they had to pay a lot of money to use the frequencies and that they now have high investment costs. Costs that they can hardly recoup through higher prices, for example for 5G. Because, admits Mack, “for private customers the arguments for a willingness to pay more need to develop further – for example on the topic of augmented reality.” The principle of hope currently prevails: “We have to keep building, then people’s interest will continue to grow.”