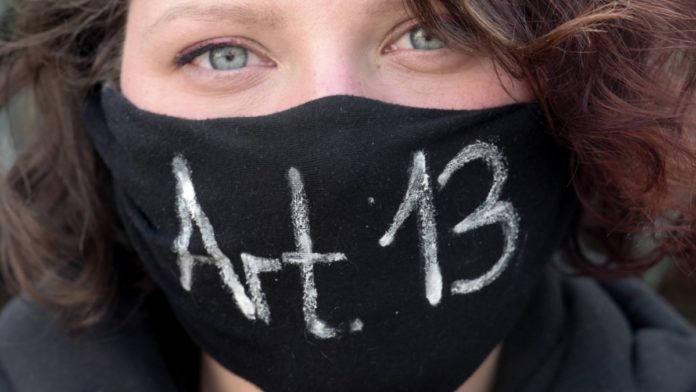 Now things are getting serious about the so-called upload filters, because of which tens of thousands of people took to the streets around two years ago. In the Bundestag, which is currently transposing the relevant EU directive into national law, the discussion now revolves around wonderful German terms such as “blocking requests” and “barriers”, i.e. the regulatory details that should enable the Internet to remain usable despite upload filters . How complicated this is could be seen on Monday afternoon at a public hearing of experts in the Legal Affairs Committee.

This was preceded by the first debate in the plenary at the end of March, when Justice Minister Christine Lambrecht (SPD) referred above all to the instrument of “presumably permitted uses”, a German invention. It should enable content to go online under certain conditions until the question has been clarified whether it is legally there or has to be blocked.

The legislature wants to create a balancing act between two opposing claims that the law makes on the platforms: On the one hand, they are now liable for copyright infringements and not, as before, the users, so they have to delete pirated copies on their own initiative; on the other hand, the law forbids them to prevent legal content from being uploaded. With this ban, the federal government apparently sees itself rid of the opposition’s accusation that it has broken its coalition promise to prevent upload filters. Because, as CDU digital politician Tankred Schipanski noted with fine emphasis in the plenary session, it was finally possible to “largely” prevent the “effects” of upload filters.

Not all experts are convinced of this. At the hearing in the Legal Affairs Committee, former MEP Julia Reda, a tireless critic of the reform, said that there would be a “systematic blocking of legal uses” if the Bundestag did not make improvements. According to her, the basic evil is that even “intelligent” upload filters cannot reliably differentiate between parody, quotation, pastiche and pirated copy, and permitted and forbidden use. And is that even their job? Sascha Schlösser, specialist lawyer for copyright and media law, warned in his statement that upload filters should replace copyright lawyers and that platforms should take over the function of courts. The platforms themselves also sat in the hall in the embodiment of a Google representative and complained that in future they should decide “as a judge, as it were” on contentious uploads.

The process should look like this: An upload to a large platform will first of all pass a filter that determines whether the platform operator has acquired licenses for the content in question. If not, the content will be blocked – unless it is “presumably allowed”. To do this, it must fall below a de minimis limit. It can only be a small snippet – shorter than 15 seconds or 160 characters, smaller than 125 kilobytes – within a new work that is at least twice as large. The user can also mark the content as legally permitted (“flag”) by asserting that it is, for example, a pastiche, including, according to the reasons for the draft law, “practices such as remix, meme, GIF, mashup, fan art, fan Fiction or Sampling “should be understood. Then the upload goes online, although the filter is effective – at least until a “trustworthy” rights holder presses a “red button” to contradict this interpretation.

The platform must now decide who is right. Is the present case still network culture or is it already a pirated copy? Such questions sometimes occupy courts for years. The draft law gives the platform seven days to do this. If it classifies the content as legal and a court should subsequently come to a different conclusion, it is liable for damages. In case of doubt, the platforms would therefore be blocked as a precaution, threatened the Google representative.

The fine-tuning of this procedure will probably determine the further path of the draft law by the Bundestag. The opposition has largely given up the fundamental opposition to the upload filters, only the AfD is of the opinion that the federal government wants to “abolish” freedom of expression through copyright law, as digital politician Joana Cotar put it. In the Federal Council, therefore, a motion to designate upload filters in their opinion as “wrong instrument” and “disproportionate” did not find a majority.

Rather, the federal states are worried that right holders will no longer be able to keep up with a glut of “presumably permitted uses” to check the content manually and, if necessary, to press the “red button”, for example during live broadcasts. In addition, the Chamber of States criticized the plan that the platforms should be able to outsource the complaint procedures to private complaints offices. “A complete withdrawal of government agencies from the settlement of disputes” appears “not appropriate in view of the concerns about structural overblocking”.

Julia Reda pointed out a practical application of the problems discussed in the committee meeting. A so-called “reaction video” by the lawyer Christian Solmecke recently appeared on Youtube, in which he deals with the song “This is all covered by artistic freedom” by rapper Danger Dan. The song is about hate, which, correctly worded, passes through as art in court. Solmecke checks the song line by line whether the statements made in it are really covered by artistic freedom. The lawyers from Warner Music, the rapper’s record company, saw this in turn not covered by the freedom to quote and had the video blocked – through the upload filter, without any legal basis, without “allegedly permitted uses”. According to Google, and only Google, should continue to do so. Upload filters are not bad, said media lawyer Christian-Henner Hentsch. In the end, it depends on how they are used.