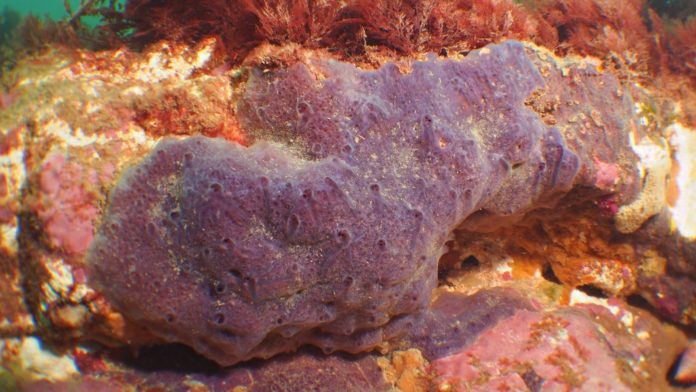 A new species of sea sponge found off the coast of Norfolk was named Parpal Dumplin by a schoolgirl.

Sylvie, nine, a student at Langham Village School in north Norfolk, chose the name because, she says, the sponge is purple and looks like a dumpling.

The sponge was found in chalk beds by divers from Seasearch, a project to map coastal areas of the UK near the coast, ten years ago.

The latest news on climate change

Sylvie’s suggestion impressed the Marine Conservation Society’s Agents of Change project, which had children use their creativity to name the species.

The panelists were unanimous in their decision and particularly liked the fact that the spelling gives the sponge a strong connection to Norfolk.

Sponge specialist Claire Goodwin said she believed Parpal Dumplin was “a species new to science, in a subgenus of sponges called Hymedesmia (Stylopus)”.

“We need to look at the specimens deposited in museums to understand how many different species of Hymedesmia (Stylopus) exist in the UK and how they differ from this new species,” she said.

“The Agents of Change naming project has given the sponge a common name that we can use until it has a scientific name.

Worldwide, there are over 11,000 different species of sponge, which help keep seawater clean through filter feeding – consuming tiny particles of food that float around.

Parpal Dumplin, which has been identified in the Cromer Shoal Chalk Beds Marine Conservation Area, is encrusted, meaning it takes the shape of whatever it covers.

Hosted by Anna Jones, The Daily Climate Show will follow Sky News correspondents as they investigate …

Euro 2020: cleaning and 30 arrests after the England-Scotland clash in London | UK News