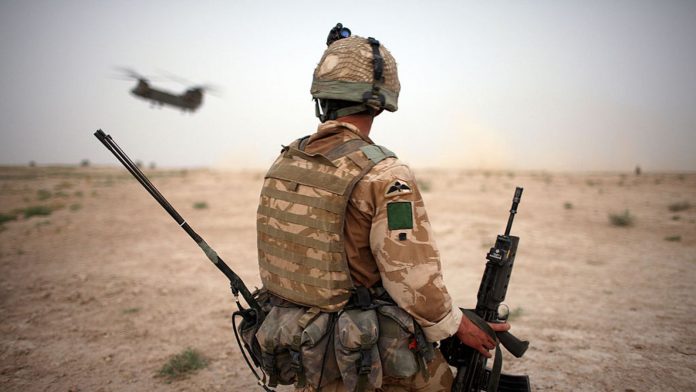 British troops will begin their withdrawal from Afghanistan next month alongside other NATO allies.

Foreign Minister Dominic Raab said: “We will support an orderly departure of our forces, while strengthening Afghanistan’s capacity for self-governance and continuing to support counterterrorism – to protect the gains made over the past 20 years. “

NATO said on Wednesday that the withdrawal of around 7,000 non-US troops from NATO countries alongside Australia, New Zealand and Georgia would be complete “within a few months”.


Joe Biden: ‘It’s time for US troops to come home’

Alliance Secretary General Jens Stoltenberg said: “It is not an easy decision and it comes with risks.

“As I have said for many months, we are faced with a dilemma.

“Because the alternative to an orderly departure is to prepare for a long-term and unlimited military engagement with potentially more NATO troops.”

His words follow those of US President Joe Biden, who said the 2,500 US troops still in Afghanistan would have start their withdrawal in May, ending “the war forever”.

The American withdrawal will be completed on September 11, a date 20 years since Al-Qaeda attacked the United States with hijacked passenger planes.

More than 3,000 people were killed in the 2001 attacks, prompting the United States and its allies to invade Afghanistan, where the Taliban was accused of providing safe haven for al-Qaeda leader Osama bin Laden and his extremists.

Among the reasons for the coordinated withdrawal is the fact that NATO allies are relying on the United States’ airlift capabilities and that they will also want to prevent the material from falling into the hands of militants, …