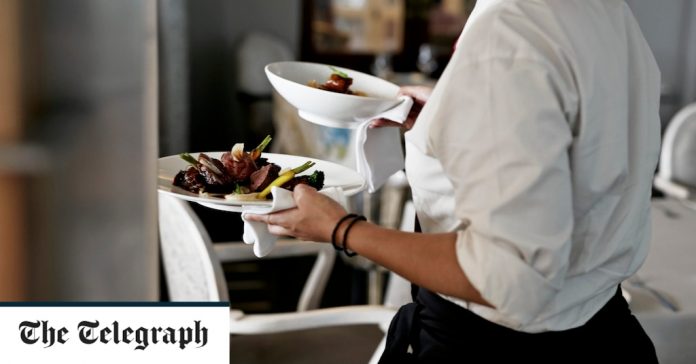 Hospitality has been hit hard by Covid-19. Before the country’s pubs, hotels and restaurants were closed to comply with lockdown measures, 2.3 million people were employed in the sector, according to the Office for National Statistics.

Although some are returning to their jobs, the UKHospitality trade association estimates that half a million will not be.

“The scale of the crisis we collectively face is unprecedented,” says Kate Nicholls, Managing Director of UKHospitality. The government has introduced measures to support businesses, employers and staff: The coronavirus job retention program allows hotel companies to register inactive employees as ‘fired’, and HMRC will reimburse up to 80% of their salary (capped at £ 2,500 per month). But everyone’s income and livelihoods are not protected.

According to UK poverty charity Turn2us, which is supported by the Telegraph’s coronavirus charity appeal, the crisis has affected many people who had never relied on benefits before. Telegraph readers have raised over £ 750,000 for Turn2us in the past fifteen weeks, with much of the money going towards emergency financial grants the charity gives to those in urgent need .

“As of March 16, 38,000 people in the hospitality industry have turned to us for help through our online benefits calculator,” says Pip Johnson, Head of Insight and Impact at Turn2us. “15,200 of these people have not received any wages since their workplace was closed. An additional 15% receive reduced wages. In addition, 54 percent of these people earn less than £ 20,000 per year and 43 percent are self-employed or on zero-hour contracts.

To help hospitality workers find key, short-term work, industry job site Caterer.com has partnered with UKHospitality and the charity Hospitality Action to set up a redeployment in the hotel sector. So far, 26,000 positions have been made available at companies such as Lidl, Superdrug, Amazon, Hermes and Co-op – but thousands will not be able to take on replacement work.

“In recent weeks, the hospitality industry has had to contend with an existential threat,” says Mark Lewis, CEO of Hospitality Action.

Hospitality aside, a YouGov poll suggested that one in 20 people in the UK have lost their jobs due to the coronavirus crisis, while nearly one in 10 have seen their hours cut. The available roles are requested. Perhaps it’s no surprise that nearly a million people successfully applied for universal credit over a two-week period last month.

Here we are talking to two people in the hospitality industry who have been financially hit by the pandemic and have reached out to Turn2us for help.