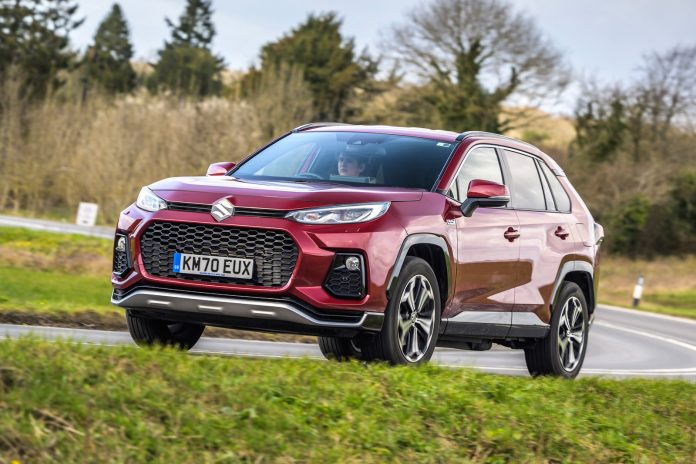 The new Suzuki Across looks a lot like another electrified mid-size SUV that you may have seen on the road before: the current Toyota RAV4 PHEV. However, this is not a disturbing case of design plagiarism. The reason the new Across looks like the RAV4 is because it’s a RAV4, only designed with badges.

You may have noticed that small Japanese brands such as Suzuki are going through a scorching time in Europe right now, mainly because emissions laws require their smaller models to be fitted with expensive emission reduction technologies, which is eating up costs. Already slim profit margins. Daihatsu left Europe in 2013, Subaru is on the brink, and the exciting news that Mitsubishi UK is going to auction its wonderful heritage is only coming because, at least in the short term, it is leaving too.

But Suzuki remains, after the world’s most prolific automaker took a 5% stake in the company in 2019, which paved the way for model sharing. In addition to the Across plug-in hybrid, you can also purchase a Suzuki version of the Toyota Corolla hybrid estate known as Swace, although a few of the company’s old internal names are still on offer.

The Vitara, S-Cross, Swift and Ignis are advancing, but now only with hybrid powertrains. Notable for its absence is the standard Jimny, which was shot due to CO2 figures that had in fact become an embarrassment to company executives.

See all specs and rivals

With this test drive, you get two for the price of one: a review of the surprisingly rugged, partially electric crossover that is the new Toyota RAV4 PHEV, plus an early verdict on this new direction Suzuki is taking. , more out of necessity than anything else, chosen to take.