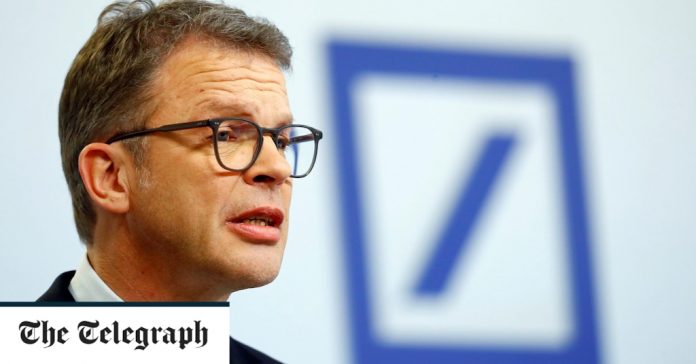 Deutsche Bank has warned that the pandemic has forced it to speed up office closures, with the German lender posting a surprise profit in the third quarter.

CFO James von Moltke said he would “accelerate and deepen” plans to reduce the size of his offices beyond the 25% target set last year due to “lessons learned “of the crisis.

The bank has already unloaded 25 floors of its Wall Street tower before leaving it next year when the lease expires.

It came as the Frankfurt-based bank posted a surprise profit for the three months to September, avoiding virus-related losses and pursuing a large-scale restructuring.

Mr. Sewing said: “Our more focused business model is paying off. We have not only demonstrated continued cost discipline, but also our ability to gain market share.”