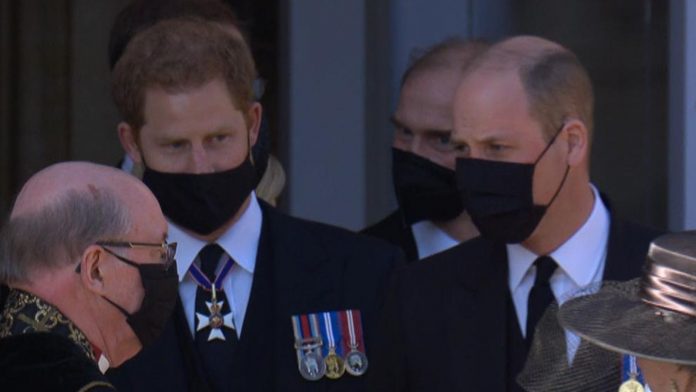 Prince Harry was seen speaking with his brother William as he left St George’s Chapel after the Duke of Edinburgh’s funeral.

The couple were seen leaving the service at Windsor Castle with the Duchess of Cambridge.

Contact between the brothers has been limited since Harry and his wife Meghan filmed a revealing interview with Oprah Winfrey last month.

Harry had referred to reports that his relationship with his brother was strained, saying that “the relationship is a space at the moment” and that “time heals all things hopefully”.

Harry and William sat opposite each other during their grandfather’s funeral service, with William in a COVID bubble with his wife Kate and Harry sitting alone.