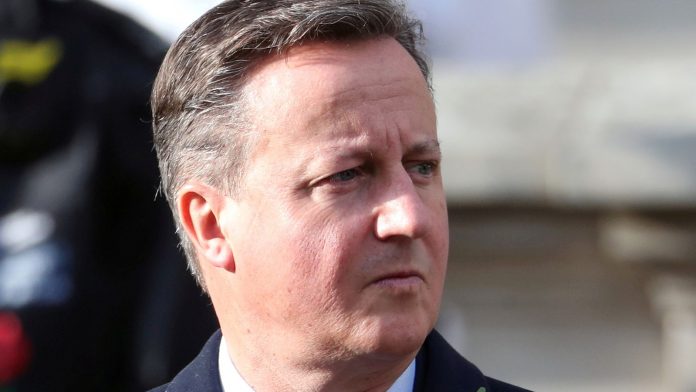 David Cameron did nothing wrong when lobbying for Greensill Capital and “meticulously observed the rules,” the environment secretary told Sky News.

Asked about the conduct of the former prime minister, Mr Eustice said: “Did he do something wrong? Well, at first glance, no. There is a review going on, it should not be prejudge that. “

Mr Eustice added: “I don’t think he took advantage of any rules, no. He meticulously observed the rules he himself put in place after some concerns about lobbying ten years ago. . He put in place these restrictions on what ministers can do for a two-year period. “

The environment secretary admitted, however, that Cameron could have taken a different approach.

“He himself said that in hindsight, it probably would have been better if, rather than texting ministers, he instead wrote letters to set out his views in a more formal way,” Mr. Eustice.

“He himself conceded that in hindsight, if he had had his time again, he would not have texted Rishi Sunak and texted others – he would have instead written by formal channels. “

Regarding the rules on lobbying, Mr Eustice said: “Basically I think the systems that we have in place with ministers declaring interests with the ministerial code and the emphasis on that and on the the way ministers behave in office is actually quite good.

“But that doesn’t mean you can’t make adjustments or changes, and there will also be a time and place for that after these exams are over.”

In recent weeks it has emerged that Mr Cameron, who was employed by the owner of the finance company Lex greensill in 2018, after leaving Downing Street, he approached serving ministers about Greensill Capital’s involvement in government-backed financial support programs during the coronavirus crisis.

This included text messages sent to …