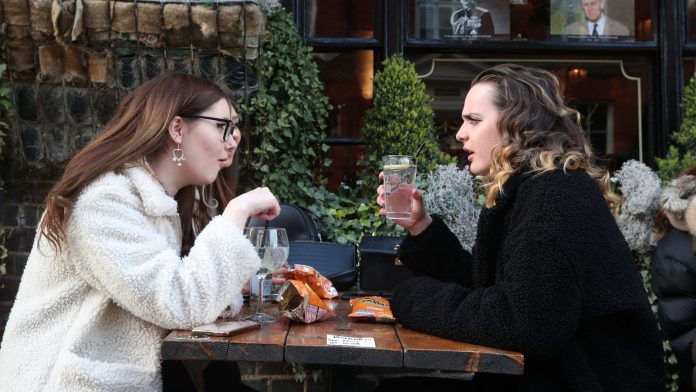 England’s R number rose slightly to between 0.8 and 1.1, according to the latest figures.

This means that on average, every 10 people infected will infect between eight and 11 other people.

Last week, that number was estimated between 0.8 and 1 by the government’s Scientific Advisory Group for Emergencies (SAGE).

The daily growth rate of COVID-19[female[feminine infections are also estimated to be between -4% and -1%, down from -5% and -1% a week earlier, meaning the number of cases is now dropping to 4% every day.

R represents the average number of people infected by a person infected with the virus. When the number is greater than 1, an epidemic can grow exponentially – but it will decrease if it is less than 1.

SAGE scientists say the R estimates now cover 1 for England and parts of NHS England, as shown below.

This does not necessarily mean that the R is definitely greater than 1 and that the epidemic is increasing – just that the uncertainty means that it cannot be ruled out.

The latest R-number estimate comes as new data suggests coronavirus cases in England have dropped 40% in just a week.

Some 54,200 people would likely have tested positive for the coronavirus in the week to April 24, up from 90,000 the week before, according to data from the Office for National Statistics (ONS).

Thus, about 1 in 1,010 people not living in nursing homes, hospitals or other institutional facilities would have tested positive for the virus – the lowest figure since the week to September 5, when the estimate was one in 1,400.

In England, the percentage of people who tested positive for # COVID-19[FEMALE[FEMININE during the week ending April 24, 2021 continued to decline.

About 1 in 1010 people not living in nursing homes, hospitals or other institutional facilities would have tested positive for COVID-19 https://t.co/h9QLOHwMwc pic.twitter.com/98PanpsMEz