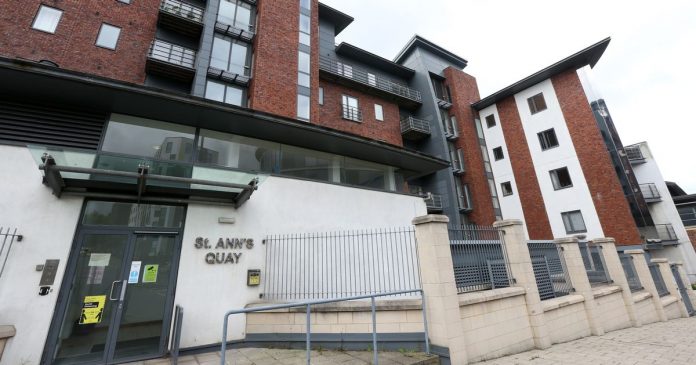 Fearful residents of Newcastle apartment building with unsafe coating are ‘desperate for good news’ as activists plead with government to ensure they are not forced to pay huge costs essential fire safety repairs.

MPs and their peers voted on Wednesday against attempts to prevent tenants from paying to remove flammable coatings like the one linked to the Grenfell Tower fire.

Critics of the controversial fire safety bill, which has been the subject of a long battle in Parliament and has been called ‘indefensible’ by Grenfell survivors, say some homeowners could now be responsible for costs stuns of up to £ 50,000 after late attempts at modification. the legislation was rejected.

A House of Commons select committee also released a report on Thursday calling on the government and the construction industry to fully fund the potential £ 15bn cost of removing hazardous coatings and fixing other flaws in the building. fire safety.

In the St Ann’s Quay building on Newcastle Quayside, tenants of its 91 apartments have been warned they could end up with a £ 2million bill if funding requests fail.

As well as featuring an aluminum composite material (ACM) cladding, St Ann’s also has issues with stopping cavity fires which would help prevent a fire from spreading and also has wooden balconies.

Louise Richley, Managing Director of St Ann’s Quay Management Company, said: “Our tenants are now desperate for good news, their lives are literally on hold until there is a resolution.

I haven’t been able to provide any positive news recently and they continue to live in substandard homes through no fault of their own.

“We have campaigned vigorously and are extremely grateful for all the help and support we have received. Tenants across the country have bought in good faith and I hope these issues can be resolved as quickly as possible so that the remediation work can begin.

Earlier this year Housing Secretary Robert Jenrick announced a new £ 3.5bn fund and promised tenants in high-rise buildings over $ 18m would have no cost to the work to restore the cladding.

It is hoped that St Ann’s will be eligible for that pot money, but the location has been rejected from previous government funds due to the complexity of its security flaws.

Thursday’s select committee report recommended the creation of a “comprehensive building safety fund,” which would apply to all high-risk buildings of any height and cover all costs.

Ms Richley praised the “incredibly positive” findings of the investigation, although it remains to be seen how the government responds, and said there should be no difference between the issues of fuel cladding removal and repair. other fire safety flaws that are life-threatening to residents. at risk.

She added: “Regarding St Ann’s Quay, we have heard nothing more about our application for the Building Safety Fund, but we are very relieved to hear the suggestion that the fund could be expanded to cover associated fire safety issues, including cavity barriers and inadequate insulation.

“The building industry must still fund historic remediation costs, not taxpayers, but given the lack of regulation in this area, unscrupulous builders and developers have moved away from these despicable practices.”