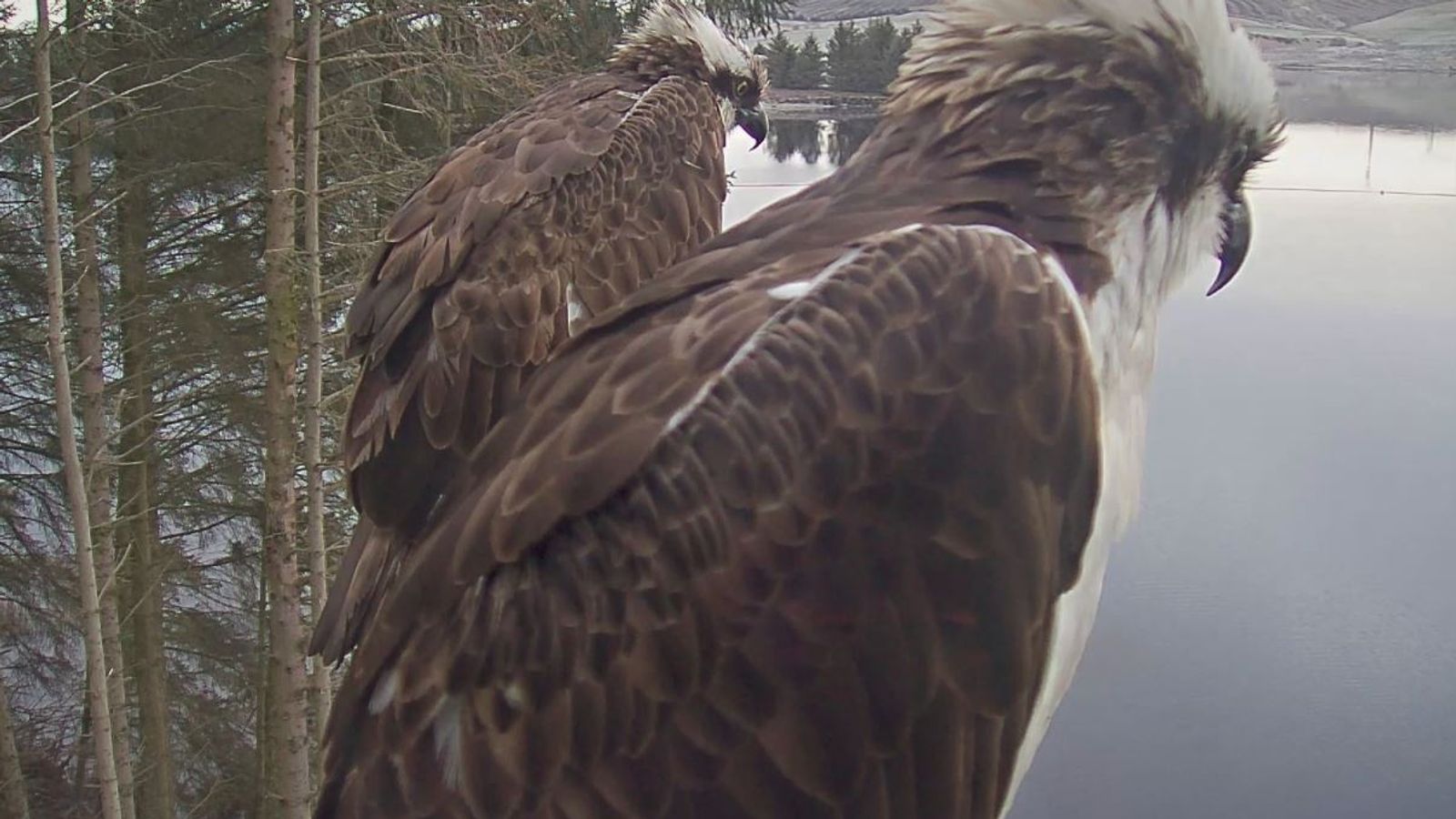 Police are looking for vandals who used a chainsaw to destroy the perch of two nesting ospreys in North Wales.

The attack took place on Friday on a nesting platform set up by the Brenig Osprey Project with the North Wales Wildlife Trust.

The Brenig Lake platform had hosted a breeding pair who had laid their first egg.

The North Wales Police Rural Crime Team said they believed the vandals arrived at the platform by boat around 9.45pm and had a ‘strong motive’ to come to the platform. get rid of ospreys on the lake.

On Twitter, they wrote: “We are tracking a number of investigations and also using the latest technology to help us move this investigation in the right direction.

“The motives are a huge clue to this crime and a phone call today gave us one we hadn’t considered.”

Rob Taylor, the team manager, said in a video on Twitter: “Ospreys are a very rare and highly protected Annex 1 bird – the greatest protection in the UK.

“They are very iconic in Wales, until a few years ago we only had one breeding pair and now we have a handful of breeding pairs and this was one of them .

“Their first egg was laid yesterday.”

Mr Taylor said the team had footage of the act because there were cameras on the platform, adding: “We are doing everything we can to try and catch the person (s) responsible for this . “

“Believe me, they will receive the full force of the law if we catch them.

“The whole team is absolutely devastated and I’m sure the whole community is – these birds give a lot of fun to a lot of people.

“I can’t understand how someone would do something like this.”

Project Brenig Osprey said they cleared one of the nearby platforms that was not in use to see if the breeding pair would relocate there and potentially lay another egg there.