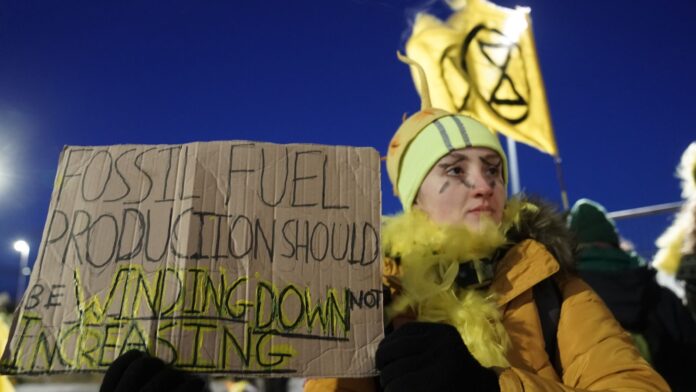 Continuing to invest money in oil and gas projects can constitute “wasteful investments” and it could derail national climate goals, said the executive director of the International Energy Agency.

“But if they still grant licenses for investment or exploration in coal or oil or gas, it could contradict their own national climate goals.”

The UK government has recently come under criticism – including from its own climate change committee – after it initially failed to intervene in Cumbria County Council plans to build a new mine of deep coal, the first of its kind in 30 years.

A public inquiry has since been announced in plans for the Whitehaven mine and the government has “called” the mine’s application, meaning it has the final say on whether it goes ahead.

A recent government decision not to exclude oil and gas licenses in the North Sea has also met with the wrath of green groups, with Greenpeace describing it as “a colossal failure of climate leadership”.

“The world does not need new investments in oil, coal or gas. Some investors, some governments can still go ahead and invest in the exposure of new oil fields or in the opening of new ones. coal mines, “said Dr Birol.

“It is up to them to decide. But that does not correspond to the achievement of our climate goals.”

The International Energy Agency (IEA) has now published its first guide on net zero energy for policymakers ahead of the COP26 climate meeting, hosted by the United Kingdom, in Glasgow in November.