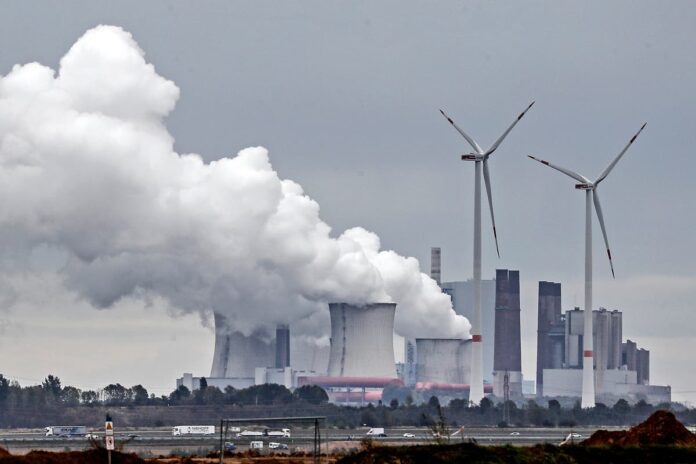 Britain’s economy will fall even further behind other countries like Germany unless ‘seismic’ changes including climate change, aging populations, Brexit and the consequences of Covid are addressed, one warned. report.

The Resolution Foundation (RF) said the UK faces a “decisive decade” and is neither prepared nor used to change on this scale.

Its report, written with the London School of Economics Center for Economic Performance, points out that the UK’s recent past has been marked by stagnant living standards, low productivity, low investment and high inequality.

The UK is the most unequal country in the EU with the exception of Bulgaria and has just gone through its slowest decade of productivity growth in 120 years.

“This makes a new economic approach desirable,” the report says. “What makes it essential is the scale of the challenges ahead.”

If the UK continues on its current trajectory of relative underperformance, income levels will be closer to Italy’s than Germany’s by 2030. The Italian economy has been stagnant for 20 years.

To avoid this outcome, the authors of the reports are calling for a new strategy to tackle a number of economic challenges that will have broad societal impact.

While Boris Johnson has pledged to “build back better” after the pandemic, the government has yet to establish a plan to achieve its goal.

“Such a strategy was notably absent from the Queen’s speech last week,” the Resolution Foundation said.

“The UK now faces a watershed decade as the consequences of Covid-19, Brexit and the Net Zero transition are accompanied by major shifts in technology and demographics.

“It matters a lot more than the economy. Failure to meet this challenge risks leaving the nation diminished and divided.”

LSE Foundation and Center for Economic Performance are launching a two-year survey on how best to address these challenges.

Funded by the Nuffield Foundation, the Economy 2030 survey aims to develop proposals for economic reform to stimulate strong, sustainable and equitable growth, and significant improvements in the standard of living and well-being of populations.