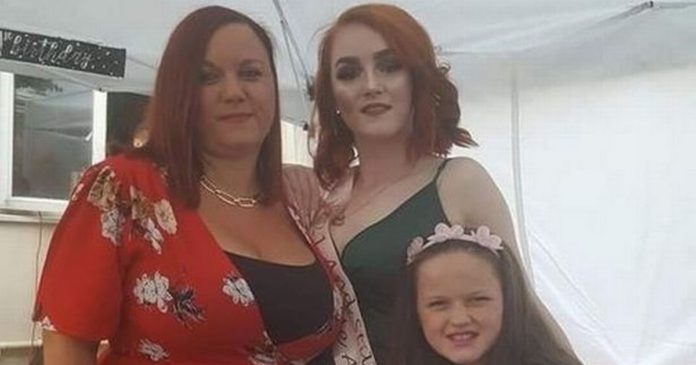 A “healthy” 43-year-old woman died after being diagnosed with blood clots after being vaccinated against a covid.

Tanya Smith, of Plymouth, received her first dose in March before tragically dying in hospital on April 3.

The family paid tribute to an “amazing” and “selfless” woman who would go “above and beyond” for her family.

They decided to speak out after seeing similar reports of blood clots after receiving the AstraZeneca vaccine – including the death of BBC journalist Ms Lisa Shaw.

In a tribute, eight-year partner Kenneth Edwards told Plymouth Live: “She was just amazing, selfless. She was a childminder – a really good childminder for 19 years.

“She leaves behind three children, two adult children and a handicapped 12-year-old girl.

“She was the only woman besides my mom who really took care of me. She loved her family, she was really family oriented and she went above and beyond.

“We’re all lost enough without her, I’ve never experienced anything like this.”

The family pay tribute to Tanya Smith, who they suspect died of blood clots after receiving the AstraZeneca shot (Image: Kenneth Edwards)

Ms Smith was called by her GP to make an appointment and went for the first shot at the Home Park vaccination center in March.

She started to feel unwell for a few days, then began to endure painful stomach cramps.

She was seen by a paramedic and as the pain did not subside, she was taken to Derriford Hospital.

After several investigations, doctors called Mr. Edwards to tell him that she had had a heart attack and cardiac arrest.

After the surgery, doctors confirmed the heart attack as a result of blood clots in her arteries.

Her condition started to improve, but later doctors noticed her platelet count was extremely low.

Sadly, the next day, Mr Edwards learned the tragic news that his partner had passed away on his way to see her in the hospital.

Mr Edwards said Ms Smith was in good health apart from a cardiac arrhythmia (abnormal heartbeat) and “a little” of IBS.

“I am devastated by all of this but people need to know.

“The [BBC journalist Lisa Shaw’s] the story struck a chord.

“I know it’s a small percentage [of people that have blood clots after the vaccine] but my partner was in good health.

“In four days she passed away.

Mr Edwards explained that he would not necessarily prevent people from getting vaccinated, but he himself has doubts.

He said: “I wouldn’t stop anyone from getting the jab, but people need to know [what happened] to make their own decision. “

“She was healthy and young, she had years and years to live.

“She should never have had that particular shot.”

The family pay tribute to Tanya Smith, who they suspect died of blood clots after receiving the AstraZeneca shot (Image: Kenneth Edwards)

A full investigation into his death will be conducted by the Plymouth University Hospitals NHS Trust and the MHRA (Medicines and Health Products Regulatory Agency).

An investigation is expected later this year.

The European Medicines Agency said that with regard to the AstraZeneca vaccine, “the benefits always outweigh the risks despite a possible link to rare blood clots with low blood platelet count.”

They explained, “The vaccine’s benefits in tackling the still widespread threat of COVID-19 (which itself causes bleeding problems and can be fatal) continue to outweigh the risk of side effects;

“The vaccine is not associated with an increased overall risk of blood clots (thromboembolic events) in those who receive it.

“There is no evidence of a problem with specific batches of vaccine or specific manufacturing sites;