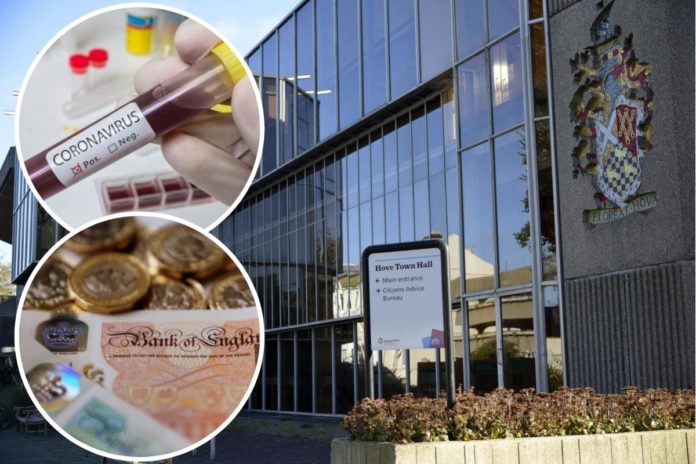 A BUSINESS owner is frustrated with still waiting for his government grant seven weeks after receiving money from another board.

Kevin Stemp, senior aesthetic consultant at Clinic 33 in Hove, is still awaiting a government grant from Brighton and Hove City Council, although he received the same grant for his Eastbourne business in April.

It is eligible for a £ 8,000 government restart grant for businesses in the hotels, gyms, accommodation and personal care industries when they reopen after having to close for five months due to the lockdown of Covid-19.

Brighton and Hove City Council, along with other local authorities, had to rewrite their grant application software to cover new fraud prevention measures for the program launched on April 1.

However, Mr Stemp addressed both Eastbourne Borough Council and Brighton and Hove City Council on April 14.

Eastbourne sent payment on April 16, but Mr Stemp is still awaiting news of his grant from Brighton and Hove.

After contacting city council on Friday, May 28, he was told he might have to wait until the end of July.

Mr Stemp said: “It’s ridiculous considering all the other local governments in England have done it.

“I don’t understand, and other business owners I’ve spoken to have told me the same thing, how it takes them so long to do something that other people are doing in a relatively quick time.

“There is no one to moan or complain to. You just left.

Mr Stemp heard from Green Councilor Tom Druitt on Tuesday, May 25, as he offered to help people waiting for grants after several companies complained that they were not given restart grants in time to reopen on the 17th. may.

Councilor Druitt, responsible for finance for the green administration, confirmed that he was still trying to “take stock” of the delay, starting on Wednesday, June 2.

Nigel Parry, treasurer of the Railway Club in Belmont, near Dyke Road, feared the company, which has been in existence since the 1950s, would have to close due to delays.

The club’s grant arrived on May 20, three days after restaurants and bars were able to open their indoor spaces.

He said: “Business rates become payable again in July. I bet it won’t be long before the board runs after payment.

“As far as I’m concerned, the board has indeed trapped the paying companies.

“Other advice paid off weeks ago. Someone must be held responsible for this incompetence.

In mid-May, a council spokesperson said, “We paid about 60% of the approximately 2,800 claims we received.

“These payments are for both restart grants and additional restriction grants, which are intended for businesses that are not eligible for restart because they do not pay commercial tariffs.

“We plan to pay the remaining grants within fifteen days, except for those where applications are incomplete, and we have requested additional information.”

The city council’s communications department did not respond to requests for comment or an update on the number of grants paid or why some companies will have to wait until the end of July.