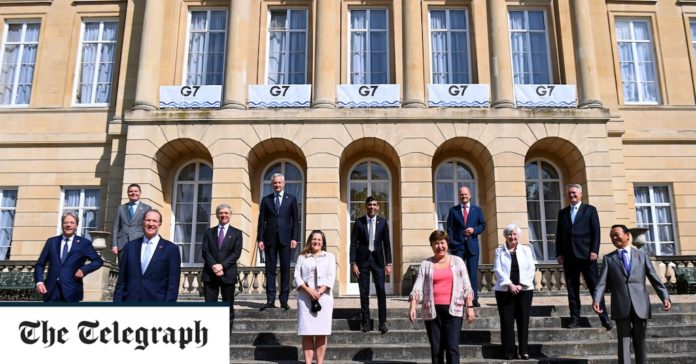 Rishi Sunak announced that a “historic deal” has been reached to reform the global tax system.

“To adapt it to the global digital age, but more importantly to make sure it’s right so that the right businesses pay the right tax in the right places and that’s a huge price for UK taxpayers.”

Chancellor defended the decision not to push for a higher global corporate tax rate during meeting with G7 finance ministers after US President Joe Biden initially argued it should be 21 %.

Rishi Sunak told broadcasters in London: “I would say a couple of things. First of all, the deal made here today says at least 15% and second, it’s worth taking a step back.

“This is something that has been talked about for almost a decade.

“And here for the first time today, we actually have an agreement on the tangible principles of what these reforms should look like and that’s a huge step forward.”