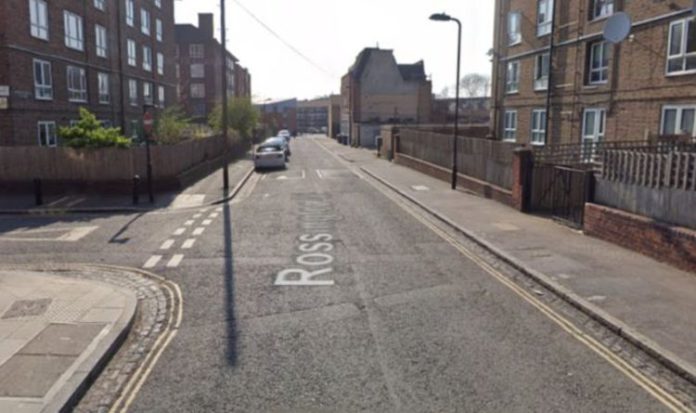 London Ambulance Service (LAS) emergency teams were called shortly before 3 p.m. to report an assault on Rossington Street. A Met Police spokesperson said officers were alerted by LAS paramedics after a man in his 40s was found stabbed.

Doctors treated the victim at the scene and he has now been taken to a large trauma center.

Police said his injuries were not life threatening or life changing.

The force added that no arrests had been made.

An air ambulance was also deployed to the scene.

Anyone with information is asked to contact the force on 101, citing reference CAD 4500/7 June.

A spokesperson for the LAS said: “We were called at 2:51 p.m. today (June 7) to report an assault at Rossington Street, E5.

“We sent an ambulance team, a medic in a car and an incident response worker. We also sent the air ambulance from London.

“A man was treated at the scene and taken as a priority to a large trauma center.”

In a statement, Met Police said: “Police were called by LAS at 2:53 pm on Monday June 7 at Rossington Street E5 after a man was found stabbed.

“Officers were present, as well as the London Air Ambulance.

“The victim, in his 40s, was taken to hospital; his injuries are not life threatening or life changing.

“At this early stage, there have been no arrests.

“Investigations into the circumstances are continuing. “

COVID-19: People who have had two injections can avoid isolating themselves after infectious contact in the future, suggests expert | UK News