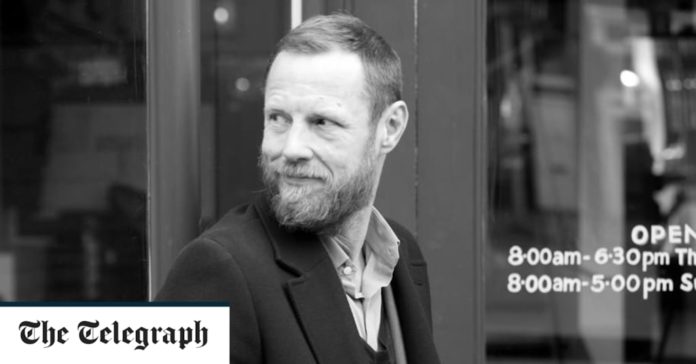 Restaurateur Tom Conran spoke about the traumatic year he faced as, in addition to dealing with the Covid-19 crisis, he suffered the death of his father, designer Sir Terence Conran, and threats from the Westminster Council to close its establishment, The Cow. , in Notting Hill.

Speaking in the latest episode of the Biting Talk podcast, Conran, 57, recalls that Christmas 2020 was “dark.” Her father’s death had “devastated the family and we were in shock that we couldn’t come together to grieve properly.”

“As things got worse in the UK I didn’t relish the idea of ​​another foreclosure with my business shutting down,” says Conran, “so I walked out of the country and bided my time until. ‘so that we can reopen. “

The death of his father whom he describes as “like having an anchor strapped to your legs that takes you close to the bottom”, but which he was very pleased with “the way the press reacted to his death and how many of people who came out and said they were inspired by him and that he had done something great for the country. I was proud to be of his blood.

But then it emerged that Westminster Council was considering The Cow’s license. Instigated, according to the council, “under the prevention of public nuisances, public security and the prevention of crime and disorder”.

“The news fell in my inbox the day after my father died,” says Conran. He adds: “I think there has been a misunderstanding and misunderstanding between us and Westminster Council,” admitting that “there have been three incidents and I guess the council has a three-incident policy and you are absent “.

The Cow is famous as an institution, described by one commentator as “the kind of pub you’re just as likely to see David Beckham sharing a quiet pint with Tom Cruise as you are foodies enjoying a plate of oysters with a Perfectly poured Guinness. ‘

But after regulars rallied to his cause, the crisis was averted and the problem was solved. “Justice prevailed,” says Conran. “We had the opportunity through our lawyers to explain ourselves, but the public response was the deciding factor. I would like to thank the public and our clients who have written over 1,300 letters of support. ‘

Conran says he plans to return on June 22 and will order a plate of oysters and anxiously awaits former Bibendum Chef Matthew Harris to take over the cooking. “I am delighted with Matthew and will eat oysters even if there is a ‘y’ in the month.”

For the full interview, listen to the latest episode of Biting Talk with Two Chicks through the audio player above. The show also stars Ashley Palmer-Watts, chef-turned-coffee-lover, squirrel lover Annette Woolcock (she loves to eat them) and mixologist Farhad Heydari.