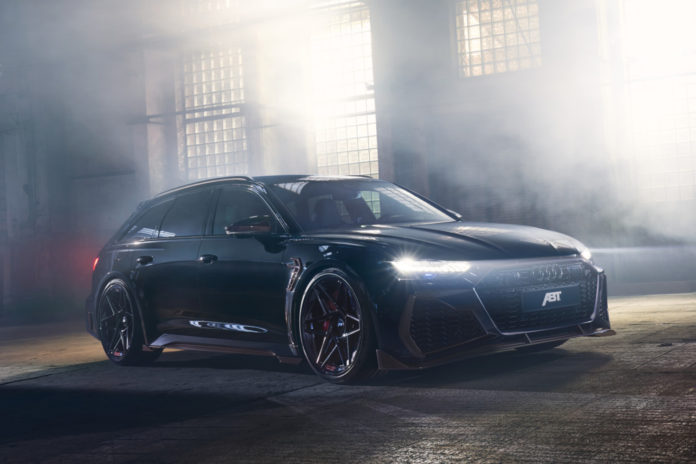 German motorsport and tuning company Abt Sportsline produced an Audi RS6 Avant with 800bhp and a 0-62mph time of 2.9 seconds.

The Johann Abt Signature Edition produces 722 lb-ft of torque and can reach 124 mph in just 9.79 seconds. Only 64 examples will be produced, all of which are already discussed.

It celebrates the life and work of Johann Abt, the blacksmith and hill climber who founded the company 125 years ago. Each model will feature a time capsule with a fragment of its original anvil.

“The successor to our one-of-125 sold-out Abt RS6-R is defined not only by the connection to our history and the myriad of appealing details; its performance, which was measured on the high-speed track in Papenburg, is revolutionary, ”said Hans-Jürgen Abt, CEO of the company.

“High performance was essential, as was the design of the anniversary model, which had to be as powerful as the will of our ancestor and founder. ”

An engineer will work on each individual car, with six copies to be built per month. They will add new turbochargers developed in-house by Abt, an improved engine control unit, new intercoolers and an additional oil cooling system.

The super-estate body features carbon red paintwork with a red metallic thread, as well as air intakes, front lip, rear apron, and 22-inch forged wheels that are all purpose-built for the model.

Abt says 3.5kg was saved per wheel, while the modified design improves downforce by 150kg.

The company recently revealed a flurry of new Audi Sport models (its traditional specialty), as well as cars from other brands in the Volkswagen Group, such as Cupra, Seat and Skoda.

How Audi CEO is transforming the 111-year-old brand