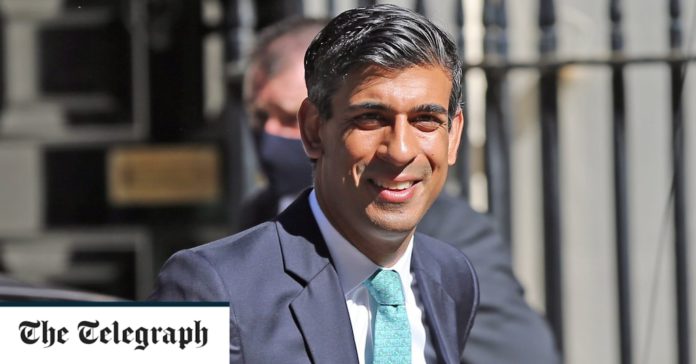 Mr. Sunak is faced with a difficult choice as to the rigid application of the triple locking.

Tory MPs called on him to step in to reduce what they saw as an ‘artificial’ spike in average incomes, after wages were depressed during the lockdown before surging again when millions returned to work .

They worry about a public reaction if the Treasury approves a significant increase in retirees, amid demands for higher spending on education and health care.

Mr Sunak also acknowledged that tackling climate change will be expensive, saying there will be “costly transitions” but that the green economy will also present “opportunities”.

He insisted that the government’s actions on the environment would not fall “on one side of the ledger.”

When asked who would pay the estimated cost of £ 250 billion to replace gas boilers with greener alternatives like hydrogen, which works out to around £ 10,000 per household, Mr Sunak avoided talking about reply.

Asked what kind of conservative he was, he replied: “A fiscal conservative, because it’s not my money – it’s other people’s money and I take my responsibility very seriously.”

However, highlighting the “very healthy growth in public spending”, Mr. Sunak vowed: “There is no going back to austerity.”

His remarks came after it emerged that commercial landlords would be banned from evicting tenants until next March. The government confirmed the extension on Wednesday, confirming a Telegraph report.

The move extends the moratorium for another nine months beyond its scheduled end date of June 30.

Businesses with arrears of rents normally risk legal action by landlords, but the system was put on hold when the pandemic struck, with measures being extended as Covid and related restrictions continue to ravage parts of the world. economy.