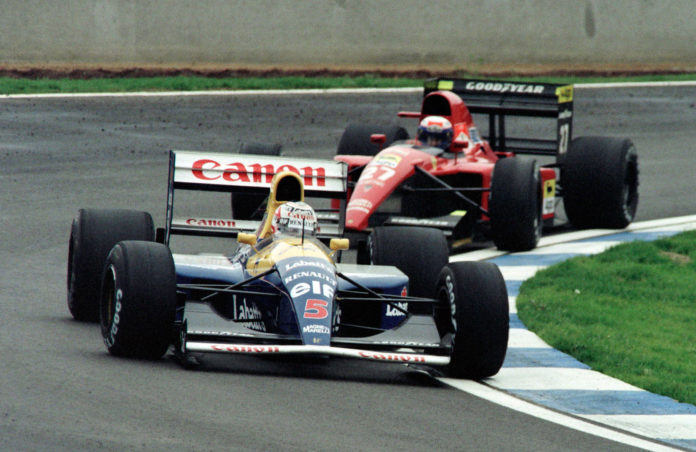 You know you’re working in a nice (admittedly remote) office when an email for writers’ favorite errands is sent and all responses arrive in under five minutes.

Spanning the world and a lot of different eras, it’s amazing to see the memories that stand out, whether it’s the individual performances of the pilots or the little details like how a pilot tilted his head in a corner. There’s even a near-riot in NASCAR on our list.

Let us know which was your favorite in the comments below.

As a child with an almost unhealthy obsession with F1, the British GP in 1991 was as good as it gets. Although Nigel Mansell had a reputation for all kinds of weaknesses, my 10 year old self was blissfully oblivious. To me he was literally Il Leone, the brave, mustachioed Briton (it helped my dad sporting one too) who took him to the dastardly Ayrton Senna. Williams vs. McLaren. Underdog vs double world champion. Check off whatever tribal snapshot you want – that was manna from heaven for me.

So asking myself if I wanted to watch the British Grand Prix live, with my dad, it was as good as the dad / son bond. We took our trailer and parked in a grass field in front of the main gate: my dad was cooking, so the food was practically inedible, but that didn’t matter. I was in the same county as my hero and we had grandstand seats outside of Woodcote – even the cremated bacon wasn’t going to put me off.

Say whatever you want about electric racing (and I’m a fan), but it’s the sound of those screaming V10s and banshee V12s that I still remember to this day. I was reasonably required to wear earmuffs, but sometimes took a lap without them, but even I knew it wasn’t wise when Ferraris passed. Jean Alesi, rather than Alain Prost, sits more easily in the memory bank, his head thrown back and the note of the engine tearing my eardrums.

And of course my hero. Mansell clinched pole, then led on each lap, with such a gap in seconds that he waved to the crowd before crossing the line, carried by an incredibly partisan crowd. And to top it off, Senna never crossed the finish line, running out of fuel before the checkered flag, so our Nige had to bring him back to the pits.

With the crowd invading afterwards, it was the kind of high octane drama every child lives for. Nothing has ever improved it for me.