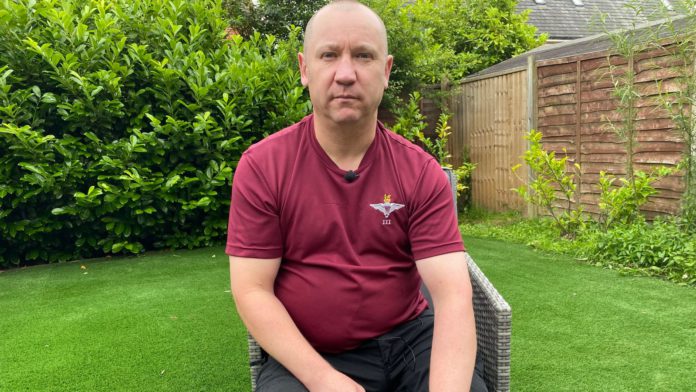 A British Army veteran in Afghanistan described as “disgusting” the circumstances in which he and his comrades were left trapped in a minefield, resulting in numerous casualties and the death of his friend.

Sergeant Stuart Pearson detailed the actual events that inspired the 2014 film Kajaki, in which a dozen soldiers found themselves stranded in the minefield near the Kajaki Dam in Helmand province for four hours.

By the time the American Blackhawk helicopters brought them to safety, four mines had exploded, injuring eight soldiers. One of them, Corporal Mark Wright, 27, died of his injuries.

The ordeal on September 6, 2006, began when a soldier stepped on an anti-personnel mine.

Sgt Pearson, then corporal of 3rd Parachute Battalion, was part of a rescue team with Cpl Wright. They called in the radio for a helicopter, equipped with a winch, to lift the victim to relative safety, only to be told that none were available.

During the subsequent attempt to perform a ground rescue, four mines exploded, one of which tore off Sgt Pearson’s leg.

He told Sky News: “I took my left foot off a rock and put my foot on the ground and that’s when I heard the explosion.

“I exploded and twisted and landed on my back. I didn’t tell anyone to move because that pretty much confirmed that we were in the middle of a minefield then. lifted my left leg to see the damage I had done and I could see there was no more boot height. “

Cpl Wright, from Edinburgh, looked after his friend and colleague as he lay injured on the ground. However, when a Chinook helicopter …