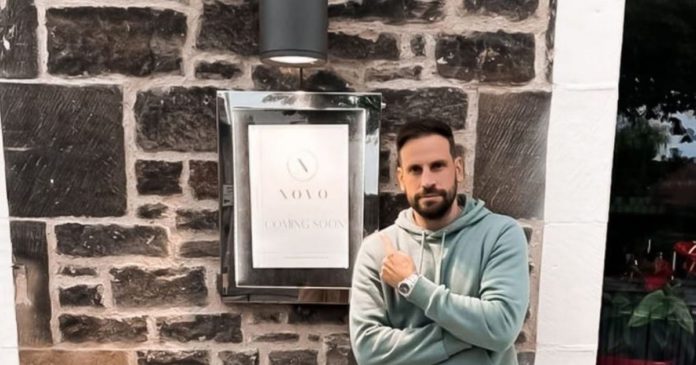 Greg Lake has revealed he is opening his own restaurant in Morpeth, a decade after appearing on television in the very first Geordie Shore series.

It was in May 2011 that Greg and his Series 1 co-stars like Vicky Pattison, Gaz Beadle and Charlotte Crosby burst onto our screens as MTV launched the UK response to Jersey Shore.

Greg was quite different from the other guys in the Geordie Shore house, in that he wasn’t a big gym bunny or a big fan of fake tans, so it was little surprise that he had been on the show since. less than a year.

READ MORE: Where are the Geordie Shore cast now?

Aside from an appearance at the Celebrity Irish TV Show, a Greg’s father has largely stayed out of the limelight since his time on Geordie Shore, but now he hopes to make a real name for himself in the industry. food and drink with the launch of Novo en Morpeth – which is billed as “a modern market town brewery, offering warm hospitality in a comfortable and contemporary setting”.

Greg posted teasers of what to expect on his Instagram account. Posting an exterior photo of the restaurant, Greg wrote: “‘I have always dreamed of owning my own restaurant, today that dream has come true… I am so happy and excited to announce the birth of Restaurant Novo.”

Greg also posted Novo’s mission statement on his Insta Grid, with the following statement: “The food is rich in flavor and seasonality, with an emphasis on using the best ingredients and suppliers that our region has. to offer.”

He adds: “Lovers of fine wines and cocktails will be at home here; with our mixologist at hand in our dedicated lounge area, ideal for aperitifs and after dinner.

“Come Sunday, all of our efforts are focused on making a hearty, rustic, Northumbrian Sunday roast for the whole family to enjoy.”