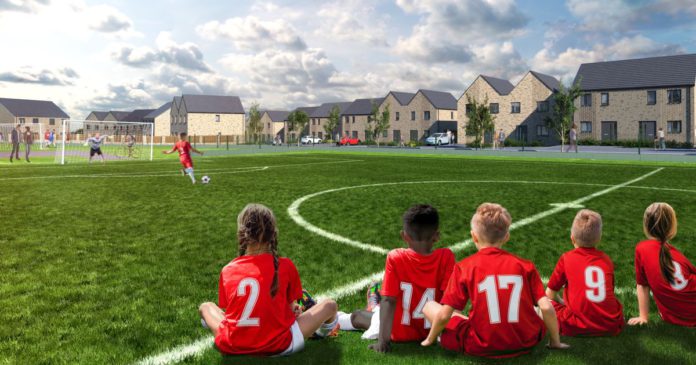 New plans have been officially filed to build houses on land in the center of a bitter row of development in the far west of Newcastle.

For two years, the people of West Denton have pleaded with Newcastle City Council to protect the green space of Hillhead Road from loss of homes.

Such was opposition to proposals for the land next to the West Denton Community Center, which is popular with dog walkers, and fury at the demolition of a nearby skate park, the Tolent council and developers were forced to take a break from development and rethink their designs.

The builder unveiled a new program in January, reducing the number of homes in the proposal from 60 to 45 and pledging to incorporate two sports fields – though many residents remain fiercely opposed to the project.

These plans have now been officially submitted to council and a decision on the future of the estate is expected to be made by councilors this fall.

In addition to the new affordable housing, the plans also include a specialized children’s care center that would accommodate up to four young people between the ages of 11 and 17.

In a public consultation on the plans earlier this year, 303 of the 363 people who responded said the revised development did not respond to complaints from residents raised in 2019.

Tolent’s town planning application claims that the land “is generally unmaintained, offering limited recreational value” and that having two maintained football fields instead “will far exceed the existing quality of the open spaces provided.”

But opponents of the project insisted that the land only became disused because the council failed to maintain it.

A resident who has already filed an objection to the plans said: “The council may have decided to abandon this land and no longer maintain it, but that does not give weight to the developer’s claims that it does not. is not used.

“It’s the only green space for dog walking in a huge area and it would be a great place for the kids to play if the council hadn’t decided to raze the well-used playground that was here.”

Other complaints include claims that there are already “nightmarish” traffic problems in the region and that the new development will only add to congestion and air pollution.

In a statement submitted with the planning request, Lichfields consultants said on behalf of Tolent: “The site presents a sustainable location for development with the proposed development offering a mix of house types and sizes, a children’s home and two sports grounds to be managed and maintained by Newcastle City Council.

“The loss of open space is justified by the benefits of the proposed development and the agreed contributions to open spaces on site and improvements to existing open spaces in the region. “