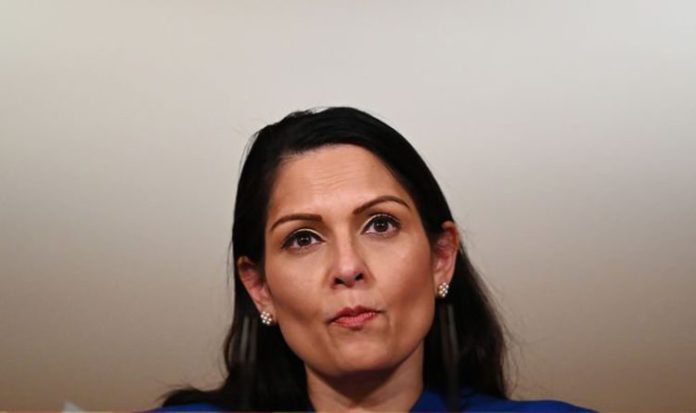 The interior minister is expected to raise the issue when she chairs the G7 interior ministers meeting this week. The summit at Lancaster House between Tuesday and Thursday will also address the lingering effects of the Afghanistan debacle and the security of the country’s refugees after the Taliban came to power.

However, Ms. Patel will call on G7 counterparts to work together to crack down on illegal migration and organized criminal networks that facilitate the trade of vulnerable migrants.

His remarks follow a difficult summer for Britain where illegal migrants entered the country on small boats launched in France, another G7 member, across the Channel.

Meanwhile, another G7 member, Italy, has been besieged by illegal migrants crossing the Mediterranean from North Africa.

And Joe Biden’s administration has come under fire for failing to secure the Mexican border with illegal migrants entering the United States.

The Minister of the Interior will recall that the common challenge of illegal migration requires a collaborative response.

She will outline the reforms and measures taken by the UK government as part of its new immigration plan and call on all G7 countries to work together to take strong action to dismantle these criminal gangs which pose a threat to security. borders of all countries.

She will tell her counterparts that smugglers have no respect for human life and line their pockets by exploiting and abusing vulnerable migrants.

She will tell interior ministers that only by cracking down on those who break our laws and facilitating illegal entry into our countries can we ensure that we have the time, resources and ability to focus. on those who really need it.

The Home Secretary will also meet with his counterparts on their efforts to support vulnerable Afghans and present details of the leading role the UK is playing through its policy of resettlement and assistance to Afghans (PFRA ) and its new Afghan Citizens Resettlement Program (ACRS).

Speaking ahead of the meeting, Ms Patel said: “The current crisis in Afghanistan has underscored the vital importance of prioritizing those who really need it.

“The UK has led the international response by creating one of the most generous resettlement programs in British history.

“But we cannot do it alone – all G7 members must have the courage, the conviction and the heart to step in and help those who need it most.”

Thanks to PFRA, more than 7,000 Afghans who worked with the UK in Afghanistan and their families have been evacuated to safety in the UK, and the program remains open to applications from any country, for eligible people.

The G7 will meet from September 7 to 9 at Lancaster House in London. This is the first in-person gathering of G7 home ministers chaired by the UK in almost 15 years.