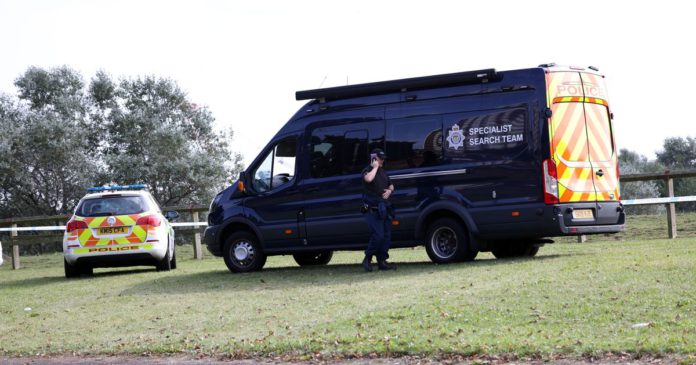 Human remains were found in Newcastle and police remained at the site over the weekend.

The remains were discovered in a wooded area in Fossway, Walker, and since then police activity has taken place there as investigations continue.

A specialized research team was also seen in the region.

So what exactly happened and what is happening now?

Here we have put together what we know about the incident so far.

At around 7 p.m. Thursday evening, Northumbria Police received a report that adult human remains had been found in a wooded area in Fossway, Walker.

Officers attended the scene and a large area was taped up as they launched their investigations.

What did the police say?

Officers believe the remains are skeletal and have confirmed they are in the process of identifying the individual, who was found near a stable off Waverdale Avenue.

The force said it considered the death unexplained at this point.

It is believed that the death is currently not considered suspicious.

A Northumbria Police spokesperson said: “At around 7pm on Thursday we received a report that adult human remains had been found in a wooded area in Fossway, Walker.

“We are currently in the process of identifying the individual and at this point are treating his death as unexplained.”

What happened this weekend?

The officers have been on site since Thursday.

And on Sunday afternoon, a specialized search team was seen at the site where the human remains were found.

Did we have any other information about the incident?

As of Sunday evening, police had not provided any further details about the remains.