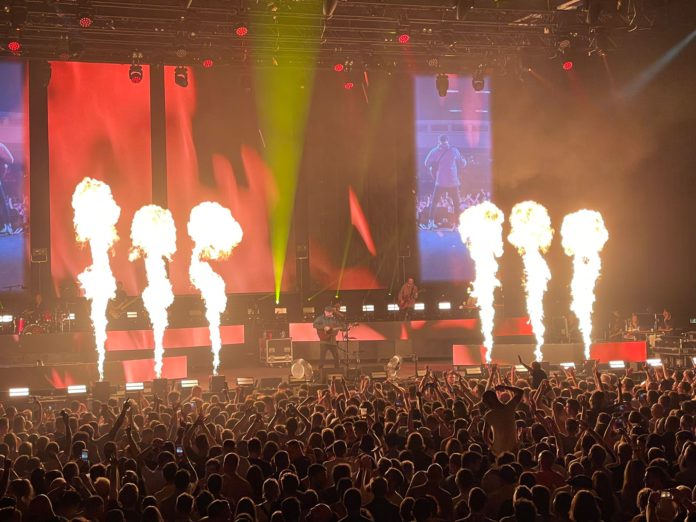 There is always a lot of pressure on the opening night of a tour.

Even the most seasoned performers must feel a combination of nerves and excitement before taking the stage, let alone if their return has followed an 18-month hiatus.

Live music has been forced to take a hiatus due to the pandemic, leaving musicians and audiences alike with a huge void to fill.

So my excitement was tinged with underlying nerves as I made my way to the Brighton Center to see Gerry Cinnamon perform on the first night of his rescheduled tour and my first concert after the lockdown.

Being a Glasgow fan for quite some time now, I should have known there was nothing to fear.

The tone of the evening was set, the charismatic performer bursting onto the stage, armed with a simple guitar, a harmonica and a back-catalog filled with hymns that appeal to everyone.

Watching from the sitting area above, you could see people jumping in unison and climbing onto each other’s shoulders, the irresistibly contagious sound of Gerry’s festival keeping you from resisting the urge to dance.

Gerry wasn’t addressing the crowd too much, but he didn’t need to.

His fans know he tends to be reclusive, but his music is bold and brash and full of attitude.

He kept his Stone Island parka firmly strapped on all night, but he beamed under his flat cap proclaiming: “I love playing Brighton and I promise I’ll be back.”

A callback of Belter and Canter, arguably his best-known tracks, capped his energetic performance and the sold-out crowd left the arena, chanting Gerry’s name and thanking their lucky stars for the return of live music.