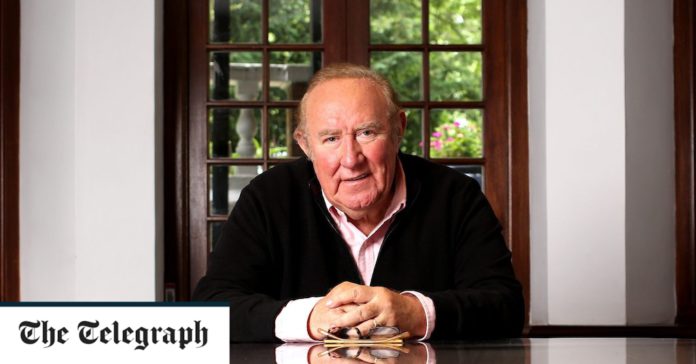 Insiders have said that Mr. Neil’s exit from GB News could allow him to appear as a commentator for rival broadcasters. Sources said he was previously booked to appear as a panelist on BBC One Question time Thursday night.

Tom Harrington, an analyst at Enders Analysis, said he now expected GB News to focus more on right-wing journalism in a bid to consolidate its audience figures.

“[The move to the right] is already happening. The guest they bring to the air, and the fact that Andrew Neil is gone is a response to that.

“Right now there are probably 20,000 or 30,000 people watching it, which is nothing. That’s why they have to go to an extreme in order to have some kind of impact and keep getting people talking.

“Because the further you go to the center, the more you run into the BBC, ITV and Sky News, which chronicle the news and have higher production budgets.”

In an email announcing the departure of staff, Mr Frangopoulos said Mr Neil had signed a multi-year contract and the company hoped he would stay longer.

“Andrew helped set the tone, our goal, even our launch date,” he added. “He’s been an integral part of all major programming and hiring decisions. “

In its official statement, GB News said: “Andrew is without doubt one of the best journalists and interviewers in this country.

“GB News thanks him for his 12 months of leadership, wisdom and advice and we wish him good luck.”